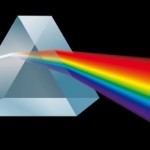 On the #mainframedebate recently, people began suggesting potential theme songs for the mainframe. The suggestions are all on this Spotify playlist which, sadly, doesn’t include one of the most obvious candidates.

This got me thinking that, surely, COBOL deserves a dedicated playlist as well.  After all, like music itself, this language has spanned generations and genres. And not only is it still going, it is highly relevant, in daily use and constantly being reinvented to reflect the world around it.

To extend the metaphor, some bands or artists reinvent themselves and extend their shelf lives by many decades. U2, the Stones, and Tom Jones have all managed to hang around for years and evolve with their audiences. Some bands disappear altogether and re-appear many years later for big-buck reunion gigs – the Eagles and Pink Floyd are great examples of this. Some artists demand a residual affinity that seems timeless – witness Dolly Parton wowing Glastonbury last year. 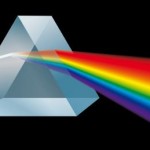 Elvis has left the building

But COBOL first entered the public consciousness in 1959. Here are the top 10 US singles for that year.  It’s difficult to find anyone on the list with a pulse, let alone still living in the public consciousness.  Sure, Elvis is immortal – and possibly isn’t dead anyway, depending on who you believe – but Carl Dobkins Jr? Toni Fisher? Wilbert Harrison? I doubt that they are household names in their own homes.

That’s not to dismiss their contribution to popular culture, any more than I would diss Turbo Pascal, Fortran  or even FACT, the precursor to COBOL. Fortran and FACT were big in 1959 too and yet neither have survived and thrived in the way that COBOL has. But then, if the Crests  had invested $50-60m every year just as Micro Focus supports COBOL, perhaps they would still be playing 16 Candles to crammed stadiums every year.

We have blogged before about how the careers of COBOL and Pink Floyd have almost run in parallel. But COBOL is even older than Piper at the Gates of Dawn. So, how can we express all the core values of COBOL – longevity, flexibility, future-proofing – as a single song?

We had a quick straw poll at the office while building our #COBOLrocks playlist – yes, it’s A Thing now – and while there were some promising suggestions, we never really nailed it. Stayin’ Alive – sure, but COBOL isn’t just surviving, it’s evolving; see also Alive – surely, Pearl Jam’s finest moment.

It’s Not Unusual, the song keeping Tom Jones’ bank manager happy, works a little better. Because there are around 200bn lines of COBOL in regular use across the globe today in government agencies, finance houses, banking, insurance and other mainframe owners. So that’s a good one.

Under Pressure was another suggestion, but that’s not so good. COBOL is future-proofed and COBOL transactions currently outnumber Google searches by 200 to one. Our business is built on COBOL and that won’t change. So, under pressure? Not from us, or our customers.

Can you do better?

When I work, I like to listen to music, and I know plenty of developers put their beats on to code to the rhythm.  Why not take a minute to download our #COBOLrocks playlist (you’ll have to create a Spotify account if you don’t have one already).What tunes best describe COBOL? Tell us and we’ll add them in.

Sign up for an upcoming Developer Day  and if you hear one of your submissions, there’s a prize with your name on it.

My own favorite? Easy: Don’t Stop Believing. I recently saw Journey in concert, with a new lead singer of course, and probably a different crowd than what they performed to 30 years ago. But their music was still great.  Like Journey, COBOL may look different these days, but there’s no harm in being reliable, dependable and giving the people what they want.  Rock on, COBOL.