We Built This City on…DevOps 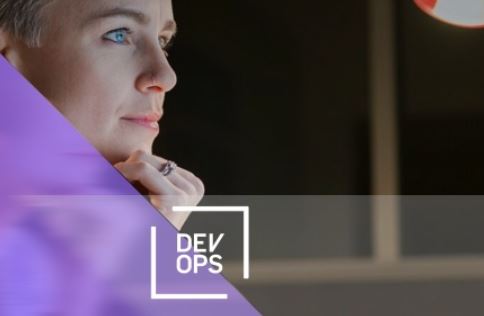 With a history that is more industrial than inspirational, a few eyebrows were raised when Hull won the bid to become the UK’s city of culture for 2017. While unlikely, it is now true, and the jewel of East Riding is boasting further transformation as it settles in to its new role as the cultural pioneer for the continent.  Why not? After all, cultures change, attitudes change. People’s behaviour, no matter what you tell them to do, will ultimately decide outcomes. Or, as Peter Drucker put it, Culture eats Strategy for breakfast. 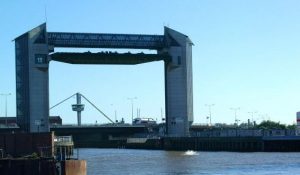 As we look ahead to other cultural changes in 2017, the seemingly ubiquitous DevOps approach looks like a change that has already made it to the mainstream.

But there remains an open question about whether implementing DevOps is really a culture shift in IT, or whether it’s more of a strategic direction. Or, indeed, whether it’s a bit of both. I took a look at some recent industry commentary to try to unravel whether a pot of DevOps culture would indeed munch away on a strategic breakfast.

Recently, I reported that Gartner predicted about 45% of the enterprise IT world were on a DevOps trajectory. 2017 could be, statistically at least, the year when DevOps goes mainstream. That’s upheaval for a lot of organizations.

We’ve spoken before about the cultural aspects of DevOps transformation: in a recent blog I outlined three fundamental tenets of embracing the necessary cultural tectonic shift required for larger IT organizations to embrace DevOps:

Agree the “end game” of superior new services and customer satisfaction with key sponsors, and outline that DevOps is a vehicle to achieve that. Articulated  in today’s digital age it is imperative that the IT team (the supplier) seeks to engage more frequently with their users.

Hierarchies are hard to break down, and a more nimble approach is often to establish cross-functional teams to take on specific projects that are valuable to the business, but relatively finite in scope, such that the benefits of working in a team-oriented approach become self-evident quickly. Add to this the use of internal DevOps champions to espouse and explain the overall approach.

There are a variety of technical solutions available to improving development, testing and efficiency of collaboration for mainframe teams. Hitherto deal-breaking delays and bottlenecks caused by older procedures and even older tooling can be removed simply by being smart about what goes into the DevOps tool-chain. Take a look at David Lawrence’s excellent review of the new Micro Focus technology to support better configuration and delivery management of mainframe applications.

In a recent blog, John Gentry talked about the “Culture Shift” foundational to a successful DevOps adoption. The SHARE EXECUForum 2016 show held a round-table discussion specifically about the cultural changes required for DevOps. Culture clearly matters. However, these and Drucker’s pronouncements notwithstanding, culture is only half the story.

The strategic benefit of DevOps is critical. CIO.com recently talked about how DevOps can help “redefine IT strategy”. After all, why spend all that time on cultural upheaval without a clear view of the resultant value?

In another recent article, the key benefits of DevOps adoption were outlined as

How such goals become measurable metrics isn’t made clear by the authors, but the fact remains that most commentators see significant strategic value in DevOps. Little wonder that this year’s session agenda at SHARE includes a track called DevOps in the Enterprise, while the events calendar for 2017 looks just as busy again with DevOps shows.

So far that’s a lot of talk and not a lot of specific detail. Changing organizational culture is so nebulous as to be almost indefinable – shifting IT culture toward a DevOps oriented approach covers a multitude of factors in terms of behaviour, structure, teamwork, communication and technology it’s worthy of studies in its own right.  Strategically, transforming IT to be a DevOps shop requires significant changes in flexibility, efficiency and collaboration between teams, as well as an inevitable refresh in the underlying tool chain, as it is often referred.

To truly succeed at DevOps, one has to look and the specific requirements and desired outcomes:  being able to work out specifically, tangibly and measurably what is needed, and how it can be achieved, is critical. Without this you have a lot of change and little clarity on whether it does any good.

Micro Focus’ recent white paper “From Theory to Reality” (download here) discusses the joint issues of cultural and operational change as enterprise-scale IT shops look to gain benefits from adopting a DevOps model. It cites three real customer situations where each has tackled a specific situation in its own way, and the results of doing so.

Each organization’s DevOps journey will be different, and must meet specific internal needs. Why not join Micro Focus at the upcoming SHARE, DevDay or #MFSummit2017 shows to hear for how major IT organizations are transforming how they deliver value through DevOps, with the help of Micro Focus technology.

If you want to build an IT service citadel of the future, it had better be on something concrete. Talk to Micro Focus to find out how.