Trying different ways to make a difference to the days 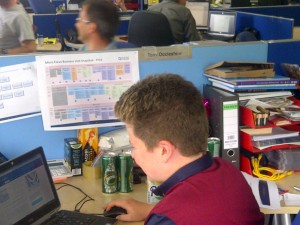 My day started with a talk from Oliver on all the products and different packages Micro Focus sells. He went on to explain how services have increased in popularity due to the recent merger with Attachmate. Afterwards, Oliver and I met Rachael who took me through Pivotal CRM for the first time. She taught me how to obtain different information from a set of data using pivot tables.

Later that day I spent some time with David and the developers, where I learned how the product managers manage them and how they would meet their deadlines. Then a different David showed me the online to-do list which he created with some of his team to track progress.

I was shown around the server rooms and learned what each server does before Richard showed me how Micro Focus’ software products are tested. I was even allowed to help install and test one of the products myself – wow! 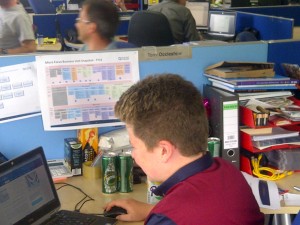 Day 2 at Micro Focus: The elephant in the room?

Today I began in account payable with Carrie who showed me how to sign-off payments. When Carrie had finished on the payment sign off I worked with my Mum for a bit who does actually do quite of lot of work here much to my surprise!I then helped Stephanie who started me on the working on fuel cards.

After that I spent my afternoon in operations with David, who took me on a tour around the building to places many people wouldn’t know existed. For example, there’s a room above the third floor where the air conditioning is controlled and there’s an entrance to the top of the atrium. David showed me photos of the installation of the elephant in the main atrium, and when the glass was repaired. 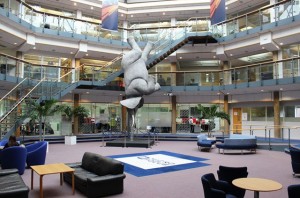 Day 3 at Micro Focus: What’s in the safe?

I started off today in accounts receivable which is where payments from Micro Focus customers are processed.

In the afternoon I went to customer care. This department helps Micro Focus customers across the world and the team can speak many different languages including French, Italian and German.

I then moved on to HR where I leaned about the various forms and regulations that Micro Focus needs to deal with when a new person joins. I helped fill-out some of the forms which were then placed in an enormous safe.

Day 4: Putting my tech skills to the test at Micro Focus

I really enjoyed today. I spent it talking about computers with like-minded people! This is what I’m most passionate about and the Micro Focus IT team are a really friendly bunch. I helped mend some phones which were needed for new starters to the company. 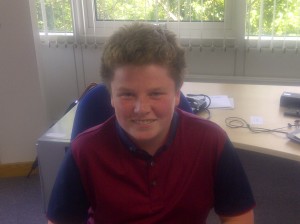 I’d been really looking forward to my final day with marketing and social media department, but wasn’t quite sure what I would be tasked with. The other departments’ names made my work easier to predict. Marketing and social media covers such a wide range of topics I really could have been given anything to do.  First of all Mark talked me through Digital Marketing before I started on my blog and Tweeting

The main task was to write this blog which is apparently going to be published on the Corporate blog website. I am also trying to write as many tweets as I can to promote Micro Focus. The record I have to beat is 87. I fell slightly short of the target but I did spend an hour with Derek who explained how COBOL and Mainframe technology still powers the world’s IT.

It was a fantastic week – much more fun than school! Thanks to everyone who spent time with me….. 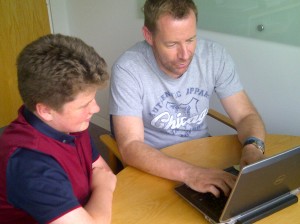