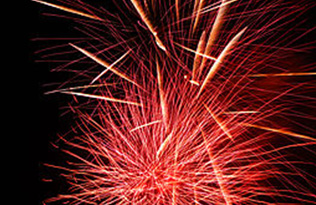 2013 has been an exciting year in the evolution of the DevOps movement, and at Serena we predict even more exciting developments in 2014.  Based on information collected from conferences across the globe and from our customers, we put forward three DevOps predictions for 2014:

Prediction 1: IT organizations realize that DevOps is more than just automating deployments.

At DevOps conferences worldwide there has been a strong emphasis on addressing culture, as well as automation, in order to be successful.  Conversation is usually around CAMS, not AMS.

Outside of what I refer to as the “DevOps bubble,” when DevOps hits the mainstream, the Culture part of CAMS seems to get lost in translation and the focus is on Automation as the cure.  I’ve seen a steady increase of enterprises participating in DevOps events. People are realizing that a successful DevOps initiative takes more than just automation…it also requires addressing the coordination, collaboration and trust amongst the teams that participate in the application lifecycle.

In 2014, enterprise IT organizations embarking on DevOps improvement initiatives will look for ways to address both the process and the people part of the application lifecycle.

Prediction 2: Industries that are traditionally slower to change will now lead in DevOps adoption.

We are noticing a lot of interest in DevOps from the financial services and retail industries, where enabling consumers with technology and evolving its capabilities quickly can be a significant competitive advantage.  Competition is intense due to customer expectations.  In order to be flexible enough to meet those needs and transform business, DevOps is key.  Traditionally, these industries are seen as conservative and risk-averse. The risk they now face is not transforming their technology offerings quickly enough.

In 2014, look for exciting technology innovation from the financial services and retail industries as they increase their ability to deliver innovative services quickly and with less risk.

Even though they are necessary, fundamental changes made in the way large IT organizations are releasing software are bound to result in some high profile failures before the process gets totally under control. We’ve seen the BART system grind to a halt after a failed updated, Knight Capital go bankrupt from a bad release process and countless other notable failures. While we never want to see a failure that reflects badly on the technology industry, we expect some high profile glitches along the way to DevOps nirvana.

In 2014, keep an eye out for software release failures…these are likely from the enterprises that are pushing DevOps improvement initiatives the hardest!

What are your thoughts? Do you have any DevOps predictions of your own?  I’ll circle back mid-year or so and see if my projections are on track to becoming reality in 2014.  Happy New Year!