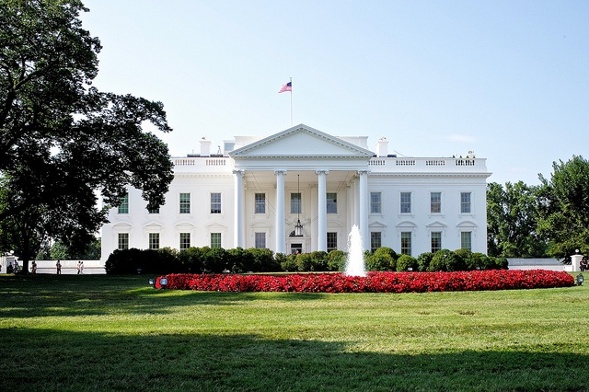 While some organizations have been scared away by the bad publicity, blunders, and scandals that social media can cause, others have capitalized on the many benefits that it can offer and have made it a strength. The United States Government, specifically the Office of the President, is an example of an organization that has been effective in its social media usage, so much so that President Obama is referred to as the “Social Media President.” And that Atlantic Post commented that he is “too good at social media.”  Here’s how the President and his office are doing it, and the benefits that they have reaped via social media.

Increase Transparency and Availability of Social Media by Archiving

A key benefit of social media is that it creates information that is available and easily accessible. With so many platforms, however, it can be difficult to sift through countless tweets, posts, videos and uploads in order to find needed information.

To solve this problem, the Office of the President has turned to archiving all their social media. You will notice on almost every White House social media page, a mention is made that data, such as comments, posted on their social media pages will be archived. This data is captured and stored in a social media archive (powered by ArchiveSocial, a Micro Focus partner), that can be viewed and searched at http://obamawhitehouse.gov.archivesocial.com.

This searchable archive allows users to find information by filtering for keywords, senders, recipients, date, and platforms. It already contains over 250,000 records and over 100 accounts. This archive makes information easily and readily accessible. Archiving the White House’s social media allows them to fully embrace social media while mitigating some of the risks involved. By maintaining and monitoring an archive, the Office of the President stays compliant and stays one step ahead of embarrassing mistakes. Archiving makes reaping these benefits of social media a no brainer by removing the risk factor. Other organizations in government and business should follow the White House’s lead by also creating an effective and efficient archive that makes their important information available.

In 2016, GWAVA and ArchiveSocial announced a joint archiving solution to capture, monitor, archive, and provide eDiscovery of social media, mobile, and email communications for organizations around the world. Retain, which is partnered with ArchiveSocial, brings the same software that President Obama and his office are using to archive social media and combines it with your email and mobile archive.  This whole archive is then equipped with powerful search, eDiscovery, and redaction tools that make finding and preparing information a breeze. As Retain and ArchiveSocial seamlessly monitor and archive information in the background, organizations can leverage the benefits of social media with the peace of mind that they are safe and compliant.

As a representative of the people, it is the President’s duty and obligation to have as much connection with them as possible. This means seeking to communicate with as many people as possible as well as gauging and responding effectively to public feedback. (This relates to business as well because effective businesses also need to establish and nurture a relationship with their target market.) The White House has done this by reaching out to as many people as possible using social media channels such as these:

These are just examples of the White House’s social media platforms. Other individual accounts exist such as the President’s personal Twitter account, @POTUS, which has over 13 million followers alone. These mediums have allowed the President to communicate with those who are not normally listening to or actively engaged in more traditional political channels. Pushing out great content has helped them to expand their reach and be in better contact with the people.

Just as the White House has reached its following via social media, businesses can use it to reach their target markets to help mold their opinions and change their perceptions. Social media has grown to be one of the most influential sources of information (Pew Research found that half of web-using adults get their political news via facebook) and organizations that understand this fact will come out on top. By utilizing correctly as many social mediums as possible, the voice of an organization will be carried through the internet and will have more effect than ever before.

Not only does social media help the White House and other organizations communicate their ideas and purposes, but it also allows them to learn about their customers, target market, jurisdiction, etc. When President Obama ran for re-election in 2012, many traditional polls showed Mitt Romney pulling ahead, while a twitter forecast accurately predicted that the opposite would occur.

When a company, for example, sends out an email about certain products, promotions, or events, it is likely that the recipients will simply read it and either choose to act or not. Rarely will they respond to an email with feedback. In contrast, a Facebook post invites this interaction. People will frequently give their opinions on social media without being asked to do so. Leveraging this helps organizations understand the people that they are trying to affect and how to work better in their space.

We are excited that the Office of the President of the United States has embraced social media and social media archiving and hope that other organizations and businesses can also reap these benefits through Retain.

Photo Credit: The White House by Roman Boed is licensed under CC BY 2.0