The Tom Brady Cover-up – Should the NFL Archive Mobile? 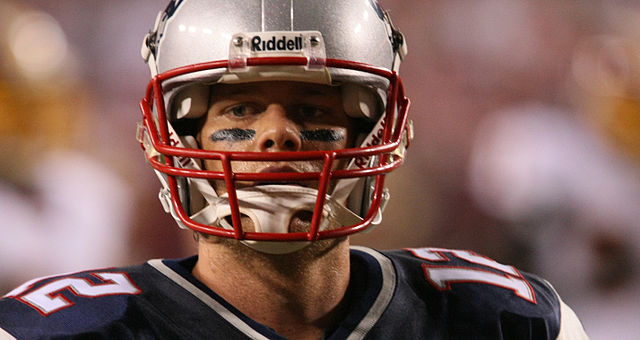 Tom Brady, quarterback of the New England Patriots, had his four-game suspension upheld by NFL Commissioner Roger Goodell. His suspension is a result of accusations that he allegedly asked equipment managers for the New England Patriots to deflate footballs that were used in the AFC Championship game against the Indianapolis Colts on January 18, 2015. Opinions vary on whether a deflated ball will actually give a team an advantage. Interestingly, Brady’s suspension was not upheld because it was proven that he asked for the footballs to be deflated. His suspension was upheld because the NFL alleges that Tom Brady destroyed his cellphone to prevent examination of his text messages, leading to suggestions of a cover-up. NFL.com has a great timeline of the whole deflategate saga here.

From the spring of 2014 until April of this year (a time period that includes the AFC Championship Game),Tom Brady sent upwards of 10,000 text messages, including a large number of texts directly to the Patriot’s equipment assistant John Jastremski. With the destruction of Brady’s phone, these text messages are unrecoverable. In fact, the phone was destroyed March 5 or 6, 2015, which was right after the committee investigating the allegations asked for the phone. He then neglected to mention that fact for another two months. Even though destroying a phone does not eliminate the data, per se, these actions make Tom Brady look like he has something to hide. Mr. Brady has yet to turn over the text messages that were sent and received during the time period in question. The allegations of the cover-up seem worse than the actual cheating allegations.

“Rather than simply failing to cooperate, Mr. Brady made a deliberate effort to ensure that investigators would never have access to information that he had been asked to produce. Put differently, there was an affirmative effort by Mr. Brady to conceal potentially relevant evidence and to undermine the investigation,” Roger Goodell, NFL Commissioner, declared in a statement upholding Brady’s four-game suspension. “All of this indisputably constitutes conduct detrimental to the integrity of, and public confidence in, the game of professional football.”

This situation has potentially tarnished Tom Brady’s reputation, and has created another unwanted controversy for the NFL. So this begs the question, what could have been done? What should the NFL do with mobile communication amongst its employees? What should you be doing with your employee’s mobile communication? The answer – mobile archiving, auditing and oversight.

The NFL needs a communication policy that states that all employee business related communication data (text messages, email, instant messages, etc) is subject to review, regardless of whether the device used send the message is an NFL or team issued phones, or personal device. This policy can easily be enforced by using a software solution that archives mobile communication. With this communication policy in place, along with a mobile archiving solution, the NFL could have prevented this controversy. They would have had direct access to Tom Brady’s text message data, and could have produced them as proof of the deflategate allegations.

One mobile device message archiving solution easily available for the NFL, is Retain Mobile. Retain Mobile archives all mobile communication for Android™, BlackBerry® and iOS®. These communications are archived, in context, in one central archive. Once in that archive, messages can be browsed, searched and exported. Retain Mobile also includes powerful eDiscovery tools in case of litigation or regulatory investigations. These search and eDiscovery tools give organizations the ability to have auditing and oversight of mobile communication like text messages. It would have helped the NFL to prevent, or prove/disprove the Tom Brady cover-up allegations.

So …how does Retain Mobile work? How does it get the messages from the phone? The answer depends on the device:

For archiving iOS device messages, Retain Mobile uses the CellTrust SecureLine Application. This application provides the user a business phone number (separate from the personal number on the phone). This app allows users to make calls and send SMS text messages using the business phone number. All text message and phone calls are secure and encrypted, and they are also archived in tRetain. This gives organizations the ability to allow personal BYOD iOS devices, while providing oversight of business communication. The CellTrust app can also be used on Android devices. We have a great recorded webinar presenting the solution here.

Who knows, maybe if the NFL would have had Retain Mobile in place, this whole fiasco would have been avoided, and Tom Brady would be playing all 16 regular season games next year!

Photo Credit: Tom Brady by Keith Allison is licensed under CC BY 2.0