The Mainframe: The movie makers mainstay

Hollywood can be seriously ahead of its time, delighting in providing us with elusive glimpses of how the future could be. Avid Jetsons fans from the 1950s and 1960s probably can’t believe how accurately internet communications were conceptualised (watch at 2:38) way back then as they’re downloading the latest version of Skype today.

So, in such a future-fixated industry, what is the pervasive fascination with the Mainframe Computer all about? Sure, the new z13 will take the movie-makers favourite IT  straight back to the future with Delorean-style panache and this ever-reliable tech will remain the largely unsung hero in Corporate datacentres for years to come, but we are still talking about technology that’s more than 50 years old!

James Bond, Charlie’s Angels, the Matrix, Iron Man, Kingsman – all these movies use the Mainframe as shorthand for ‘an infinitely powerful computer housing incalculable volumes of data’.  This is where the movie Mainframes usually part company from reality – the Hollywood Mainframe is remarkably easy to ‘hack’ for the average action hero. Ever wondered where the kids in Jurassic Park honed their UNIX skills? I certainly have.

The clichéd movie Mainframe hacker, once in control assumes instant God-like power – the ability to control fearsome weaponry, shut down power grids, overthrow Governments, re-lock the gates of Dinosaur theme parks – the Mainframe remains the go-to resource when things need to be controlled. Is that why the clichéd movie Mainframe remains a staple of the Hollywood formula? Has this legendary technology become synonymous with the innate knowledge that still holds the keys to control in so many aspects of the real world?

Whatever the answers may be, it’s great to see IT playing a more prominent role in Hollywood generally. The life of the late Steve Jobs is celebrated with a movie, Mark Zuckerberg’s story was covered in the 2010 film The Social Network, and who could forget Larry Ellison’s cameo in Iron Man 2? Information Technology as an industry is finally being taken seriously by the Movie industry as a whole and gaining some momentum. About time, then, that amazing Grace Hopper , the undisputed Queen of Code will have her name in lights soon with her very own movie, Born With Curiosity. On that celebratory note I’ll bid you farewell and head off to do more Mainframe in the Movies research. I’ve heard the Transformers movie features a Mainframe too – perhaps I’ll start there. (The fact that Megan Fox plays a role hasn’t featured in my thoughts at all. Honest.) 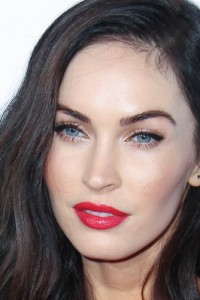 Now, if only there was a computer that could hold huge amounts of readily-accessible information……….