The Growth of the Internet of Things 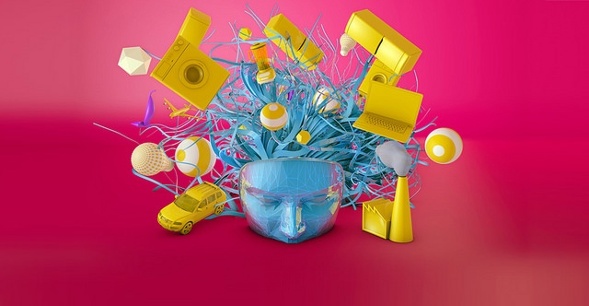 The Internet of Things (IoT) is an increasingly hot topic in the tech world. It is part of the theme of digitization. Different types of technology are combining to create digital ecosystems that have potential to drastically improve business processes. Check out some interesting statistics on IoT, provided by CMO.com:

Industry experts are also talking about the Internet of Things. Peter Sondergaard, Senior Vice President at Gartner Research, focused on developing market leading advice, discussed IoT at Gartner Symposium a couple months ago. He explained how the Internet of Things has already created three orders of magnitude more data, and will quadruple in the next decade. Here is a video of his comments.

Smart devices are going out into the world collecting data and changing the way we do things. When this data is managed and then communicated with other devices, the process is streamlined. This information is power and is what give IoT so much potential. The possibilities are endless! The key to all of this, however, is the management of the data. That is what Retain and Archiving 2.0 is all about.

Archiving Inside an IoT Environment

Exactly how does archiving fit into a digitized IoT environment, then? ZDnet has ten examples of how companies are using IoT to improve their processes. Retain is relevant in the management of data in all of these cases. We chose three that we thought were especially interesting:

Retain Insights is the underlying eDiscovery technology that allows Retain to search and take action on outside data sources, as well as conduct e-discovery activities across any connected dataset. Retain also includes a powerful search engine, which provides search suggestions, keyword tagging, a Boolean search wizard and Regex functions. Insights is what makes Retain effective in management and effective utilization of email, mobile, and social data, and it will add even more value in the management of IoT data, since the value of IoT lies in the use and effective utilization of information between programs and systems.

What are the possibilities?

Technology has always had its way of progressing much faster than anybody imagined. In the 70s, the idea of a cell phone that would allow you to communicate with anybody, anywhere in the world, was straight out of a science fiction movie. Today, it is an everyday necessity that has had a massive impact on the way we live. The progression of IoT combined with Retain Unified Archiving could also make way for incredible new technology. Imagine, for example, a “smart city.” This city could be equipped with technology such as motion sensors on street lights that let the light know when to be at full power or diminished power, and a record of all of this would be kept in Retain in order to analyze which areas of the city are more active at night. This information could then inform power plants when, where, and how much energy will be needed. Sensors could also monitor and capture information about traffic, which would be pushed to cell phones and cars as well as made available in Retain in order to effectively create street maintenance schedules. Gathering information on roadways would give insight to drivers behavior, and this data could be accessed and analyzed in Retain in order to set and monitor effective speed limits, as well as design a safer and better infrastructure. These are just a few of the possibilities that a smart city could have and many things such as these are already being realized. Retain would add great value by creating one simple, secure, and utilizable archive for this information. It would be an asset for the city and the general public in many ways by making critical information readily available.

We are excited for this progression and innovation, and also want you to see what Retain Insights can do for you and your company right now! We would love to give you a demo and show you what we are working on. Click the link below!

Photo Credit: Internet Of Things by Tumitu Design is licensed under CC BY 2.0