The 3 C’s to DevOps Success 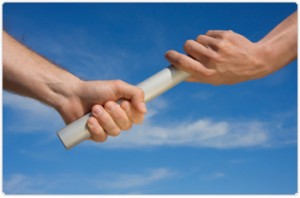 Here comes DevOps!  But how and why is DevOps forming; and what is it providing?  Of course, DevOps is Application Development (Dev) and IT Operations (Ops) teams working together to deliver the needs of the business.

Why DevOps?  With online applications being the business, enterprises cannot afford long delays in application development and application enhancement.  Every new feature that can be delivered can generate additional income; and the sooner that feature is delivered, the sooner the income is realized.  DevOps addresses the long-standing divide between App Dev and IT Ops and improves the speed that applications are delivered.

How are they working together?  Sometimes organizationally they are merging or teams are being created.  Recently, at the DevOps Days in Austin, I met development and release engineers who are parts of newly formed DevOps teams.  But these DevOps teams are still in the minority when considering how organizations are delivering DevOps.  More often than not, DevOps is being realized by improved collaboration by the different Development and Operations teams.

How do these disconnected teams, Dev and Ops, work together, especially after so many years of division?  They have different goals and different processes; yet these goals and processes must be combined, connected, or consolidated in order for DevOps to succeed.  Regarding goals, Dev is all about creating new apps and features to reduce risks, reduce costs, improve performance, and/or increase revenue.  Meanwhile, IT Ops’ role is to move new features and apps into production as expediently, efficiently, and effectively as possible.  Traditionally, this meant that App Dev moved quickly and IT Ops moved prudently, often butting heads in the process.  Now, they can’t butt heads; they must work together.

Regarding processes, each group has had its own set of processes which haven’t been well connected.  The hand off between the groups has thus been negatively affected.  And this is one of the most critical challenges that needs to be addressed for DevOps to succeed.  Orchestrating Development Management processes with Release Management processes will ensure that critical application release information is not lost and that DevOps can deliver on its goal – to deliver new apps and new features expediently, efficiently, and effectively so that the business can increase revenue and reduce costs.