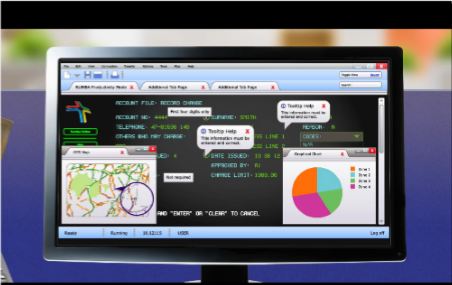 Who uses terminal emulators? We’re in the 21st century

Often people question terminal emulators as being outdated and a thing of the past. Although contrary to belief, the terminal emulator is very much alive. Why? Because the mainframe is prevalent. Mainframes to this day are used largely to store significant data – data that needs to be accessed in order for professionals to do their daily tasks. Terminal emulators are used everywhere – call centre administrators, employees needing to access applications on central computers and doctors retrieving test results are a few examples.

There are plenty of words and phrases in IT which assume knowledge on the part of the reader. In the mainframe world, one of those is ‘Terminal Emulator’. For those who aren’t sure what a terminal emulator is, it’s software which imitates the behaviour of terminal hardware[1], so users can access mainframes whenever they need to from any connected PC. The terminal has come a long way since the days of single functioning hardware. This blog explores how ‘green screen’[2] terminal emulation has evolved and transformed into a highly productive and feature rich capability.

Terminal emulation originated in the 1960’s, in a big room filled with mainframes. Users could access the processing power, memory and software of these mainframes by connecting to them via a fixed terminal. These terminals – or dumb terminals – consist of cathode ray monitors and separate keyboards, where users entered text-based commands which were delivered to the mainframe, before showing the mainframe’s response. The monitors are often referred to as ‘green screens’, as the early screens used green phosphor based cathode ray tubes – often via 3270 or 5250 terminals[3].

Through significant advances in technology, mainframes held onto their validity with a tighter grip, and remain highly valued today. Online systems need terminals in order to access the mainframe – but the high cost, incompatibility and bulkiness of fixed hardware terminals meant that things needed to change. With the disruptive arrival of the PC – its user-friendly interfaces and multifunctional capabilities captivating the world of technology – a solution to incorporate it was born: terminal emulation.

With technology rapidly evolving, it’s important for organizations to keep up – to extend the value of older technology by bridging it with new, while resolving inefficiencies present in the user interface. Organizations are looking to modernize the outdated green screen applications to include an attractive modern interface, increasing productivity and enhancing user experience. Furthermore, a new generation of savvy end-users are starting to demand application access from a variety of platforms – web pages, PC applications and even mobile devices.

Rumba is the world’s most widely-used terminal emulator and UI modernization technology. It’s the risk-free, cost-effective enabler for streamlining business process. Our latest release, Rumba+ provides all the features of Rumba although with some extras. Rumba+ gives the usual benefits of a terminal emulator although with enhanced features to vastly improve the user experience, while allowing access to your business applications on the move.  Green screen applications are reached through Windows, iPad and web, and modern WPF controls, such as VOIP or Google Maps for instance instantly improves the end user experience and enables faster execution of tasks. It enables access – from anywhere – to modern apps that drive the business. Rumba+ takes terminal emulation to new levels.

Seeing your apps in a different light

See for yourself how Micro Focus Rumba+ addresses some of the daunting challenges faced by organizations today and bridges the gap between old and new technology, enabling the green screen app to break into the modern world, so its value can be retained.

Click on our short introduction video to see what you can do with your core ‘green screen’ apps using Rumba+. 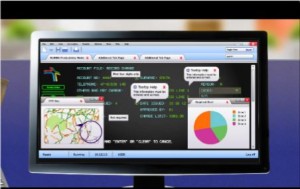 [3] 3270 and 5250 terminals were known as ‘intelligent’ terminals, as they had the ability to interpret escape sequences in order to position the cursor and control the display.