Surprisingly unsurprising response to Orchestrated IT 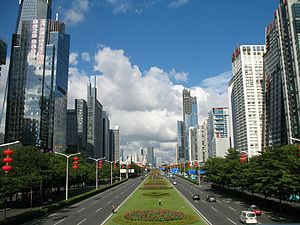 For my first trip to mainland China I was lucky enough to go to Shenzhen. Just a short ferry ride from Hong Kong, Shenzhen is an ultra-modern city with incredible architecture, broad boulevards and super-efficient infrastructure.

I was in China to work with a technology component manufacturer who was looking to overhaul their development processes and toolsets. They need to keep pace with the business which operates in the fastest growing area of technology and faces serious global competition. In the past two decades they have brought in numerous tools to address the individual needs of the developers, testers, business analysts, project managers and so on. And, while these had clearly improved the work delivered by the individual groups in the lifecycle, the client felt there must be something more they could be doing.

Serena’s Value Engineering team set about the analysis and discovered that the client was correct. Productivity and quality was indeed very high from each of the individual groups. But the developers were frustrated by trying to use agile development methods with tools designed for a different time: “we’re trying to go faster but we’re wearing wooden sneakers” one team leader said. The release managers were struggling to coordinate changes across the heterogeneity of the code streams for back office systems and mobile apps, embedded code and web code. The development teams were using individual and siloed instances of many different code repositories. And these code repositories were also decades old and not designed to meet the needs of modern, configuration-based release management.

But most of all, the real issue that was draining resources, was the lack of traceability between the lifecycle stages. The incomplete, inaccurate or inconsistent content that was handed off downstream in the lifecycle was adding many days of rework, duplication and error correction to the whole process. It seems as though everyone had fixed all the problems in their own organization but had not fixed the boundary conditions. Estimates of the wasted effort varied but a picture soon emerged that it could be as much as 20% per person. This figure alone represents tens of millions of dollars (USD) of value in the organization that should be liberated and turned into improved quality, product content and time-to-market. When the other areas of improvement, such as error reduction and the elimination of duplicated effort, are factored in, the potential capacity that can be returned to the organization represents staggering amounts of value.

This client also wants to preserve their existing investment tools that they have purchased, and the ones they have developed themselves. They do not want to sweep away the tools they know and trust with something new and generic.

Serena’s Orchestrated IT approach surprised and delighted them. They realized they would get the connections between the siloes addressed and they’d get to keep their investment in tools with proven heritages and important historical data. But what really impressed them was the ability to derive role specific dashboards in real time that combined data from their existing tools and from their process being automated. The current process is all based on spreadsheets and is entirely manual.

I am looking forward to going back there and seeing their success in a few months after our deployment team has completed their work.