Bring the Force to development efficiency 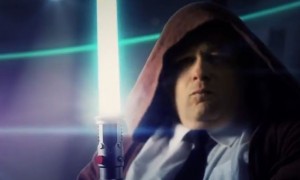 So are you a Star Wars or an Empire Strikes Back person? It’s not a new discussion and there are no answers. (Except that Star Wars is way better than Empire, right?)

Well, it depends on your perspective. It’s like Net Express against Server Express. They’re both great tools. Some people are NX fans, some are SX fans. Star Wars vs Empire. But supposing there was something better than both of them. The full-on, special edition, gold-embossed trilogy box set?

Sure, these films have a longevity that their contemporaries lack. Just like COBOL, they are still popular and in widespread use. But charm, schmarm. The world has moved on since 1977 and 1980. We live in a world of Blu-Ray, HD and surround sound. Likewise Net Express and Server Express are great tools but cannot meet today’s challenges. And efficiency is a problem for COBOL developers. So here’s a solution.

Put simply, Visual COBOL is a better environment for COBOL development than either Net Express or Server Express. It delivers the industry-standard tooling, for today’s developer, bridging the old with the new. It gives the traditional COBOL developer a new capability for innovation. It’s like remastering and digitally-enhancing a George Lucas original. We’ll be running a little premiere of our own – a behind-the-scenes special on Visual COBOL at work in a dedicated blog very soon.

The Force is strong in this one

What’s behind this stunning advancement? The development ‘difference’ is the tooling – Visual COBOL’s integration with Visual Studio or Eclipse. Bringing industry standard tools to create a feature-rich environment enables the dev team to edit, compile, debug, and test their code. Quality improves, output grows while establishing consistency across the dev team. It’s a better experience for all.

Need proof? Try Visual COBOL for yourself, or see it expressed through the medium of Star Wars-themed modern dance. Yes, really 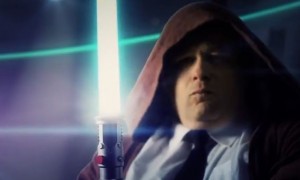