Taking an interest – the rise of the challenger bank 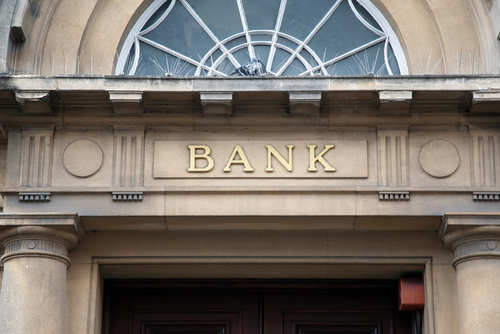 Most of us stay with the same bank forever. Business banking also follows a model of brand loyalty. It is almost diametrically different to the insurance market where, by comparison, the expectation is that the customer will proactively look for the “best” supplier at each annual renewal date. Yet somehow a market dominated for so long by major incumbents is being gradually eroded by new entrants. Indeed, high streets in the UK are greeting a brand new banking brand, Metro Bank, opening new branches.

A lot has changed in a short space of time. Building on from Challenger banks: on the lawns of retail banking?, this blog takes the Challenger Bank discussion further by examining this seismic shift in the banking sector and asks if this change is here to stay. 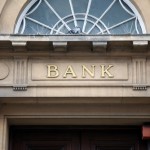 Big players in the banking market enjoy significant market share. In the UK, the “Big Five” (HSBC, Barclays, Lloyds, RBS and Santander) account for 85% of the market, while in the US the much more fragmented marketplace still has big names, where “the largest five banks in the U.S. now control nearly 45 percent of the industry’s total assets.”

Yet retail banking is far from a static market. The banking crisis saw unprecedented levels of consolidation and attrition in the market during which household names such as Wachovia (formerly First Union), Merrill Lynch, Northern Rock, Alliance and Leicester and over two dozen Spanish banks ceased to exist. In 2009 alone, 140 US banking brands ceased trading.

But when there is ebb, there is flow. When Metro Bank opened in 2010, it was the first new company to be granted a banking licence in 150 years. Atom Bank followed suit, joined by other new entrants. “Challenger Banks” – as they are now often termed – comprise both established retail organizations that have moved into banking (e.g Tesco, M&S), and new banking start-ups. 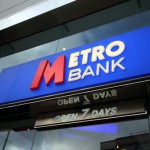 What are these new banks offering that makes them attractive?

New UK banking start-ups including Atom and Starling offer an online-only service, and are passing on some of that cost efficiency with offer lower interest rates on loans and higher rates on savings.

Their focus on mobile apps and strong user experience, they are aiming to attract the growing demographic of technically savvy, online banking customers. The number of people using mobile banking, for example, is set to double in the next 4 years. And it seems to be working. Growth figures are outperforming the bigger banks and lending volumes have increased significantly.

Additionally, offering a “voice” to the customer community is part of the challenger proposition. German digital bank Fidor, which launched in the UK in September 2015, bases its banking model around its online community, offering customers a voice – through its social media platform – in how the bank is run.

Furthermore, the new brands have sustained none of the reputational damage[1] suffered by the major players in the wake of the banking crisis, including brand-damaging scandals around IT crashes, LIBOR, FOREX and PPI mis-selling, insider trading and data breaches. As recently as April 2015, an industry steering group implored banks to “raise their game” to improve their reputation. Yet regulatory violations are reported, and fines continue up to the present day. 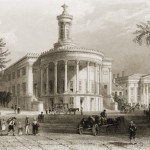 Too Big To Fail?

Surely the incumbent giants of retail banking have a response ready?

The first witness for the defence is, paradoxically perhaps, the issue of trust. Compared with a known banking brand, does a customer trust a bank with little or no experience? Despite a couple of banking giants losing the trust of some customers, others are still trusted more than newer entrants in terms of expertise and capability. People know what to expect from the long-established retail bank branch.

Related to this, was the issue of whether the bank could provide appropriate – by that read reliable – technology. Brand loyalty, according to research, hinges on banks providing good technology, said an overwhelming 80% of respondents to one survey. Whether for challengers it is too early to tell how good that technology is, is an interesting question.

The next issue concerns regulatory readiness in terms of funding. Chief executive of the British Banker’s association, Anthony Browne, commented:

“Challenger banks are obliged to hold more capital than more established banks, which have data stretching back decades, allowing them to show … they are less risky. Challengers do not have that track record. This can mean that…a challenger is obliged to hold eight times’ as much capital as a larger bank.”

There is also a question of technology. And it is a big question. Customers might  see the mobile app as the face of the bank, but the core processing takes place away from the user’s screen, which requires a reliable, resilient infrastructure: a bank’s IT system is its business. By running long-standing reliable systems, retail banks possess both trusted technologies and are evolving quickly. For instance, the mobile banking apps on our phones are invariable supported by typically COBOL applications written many decades ago, and still running today, on mainframe machinery. This is technology which has a heritage of investment, value and uniqueness at the larger banks, but which clearly does not exist in the same way in the back office of the Challengers.

Finally there the thorny issue of the branch network. Despite significant closures, the established banks’ branch network far outnumbers[2] new incumbents. And while the question of the value of the branch itself in terms of day-to-day consume banking, the attitude to branches remains benign. According to the 2014 UK YouGov Poll for the British Banking Association “57% of banking customers themselves believe access to a branch is important, even if they choose not to use branches”.

Adding it all up

In the UK, the most disrupted banking market, those Challenger banks still only account for a small proportion of the market. Some way to go perhaps before a major dent appears.

Yet the changes are afoot.  The comprehensive banking results review published by KPMG in 2015 stated “The Challengers are outperforming the Big Five in terms of growth (compound annual growth rate 8.2% between 2012 and 2014 compared to a reduction of 2.9% for the Big Five).” While barely noticeable from a distance, the market continues to shift. A former Chief Executive of one major bank predicted branch numbers and employees in the sector “may decline by as much as 50% over the next ten years” in response to Challenger threats and the new digital economy. It is no great surprise that a significant investment in one Challenger Bank, Atom, was recently made by a major EMEA Banking giant, BBVA.

While the Challengers have some advantage – they can adapt to change quickly, enjoy a fairly benign reputation so far, and have fewer overheads, the major incumbents possess the systems, the skills and the deeper pockets, not to mention the major market share, to navigate the choppy waters of market change. The situation seems finely poised.

Customers are trusting banks who possess good technology. And IT could well be the next major battlefield between established and challenger banks in a rapidly changing market. 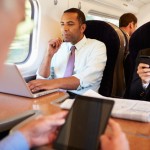 [1] A poll carried out by YouGov in April 2013 for the Public Trust in Banking symposium, found that 73% of respondents believed the reputation of banking was bad.