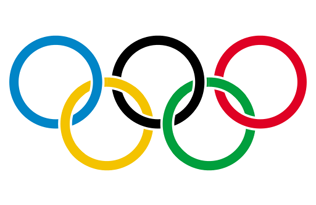 First, a confession: I am an Olympics junkie.  While running on my treadmill early this morning, I found myself watching the Sweden-Switzerland hockey game.  During the break between periods 1 and 2, the broadcast team turned their attention to the growing story of how the US speed skaters have not won a medal, when they were expected to do so many times.  The reason, currently in circulation, is the new suits they are wearing. These suits — designed by a well-known sports apparel company, in partnership with a well-known aerospace giant – were supposed to reduce the drag encountered as the skaters traveled around the rink at speeds above 30 MPH.  It seems the opposite might be happening.

However, this is not what got me thinking and, ultimately, writing this blog.  While I had heard the “it’s the new suits” story several times, I learned for the first time this morning that these suits had not been tested in competition prior to the Olympics.  Really?  Common sense says that at least the US team would have tested these suits in a closed practice session with the stop watch firmly in the hands of the coaches before the Olympics. The fact that people were actually surprised that the suits degraded performance is … surprising.

So how does this relate to Release Management and DevOps?  This story sounds a lot like situations where development is able to release changes directly into production, without any governance or separation of duties.  In the Olympics situation, and if my ruminations are somewhat accurate, “development” is likely the business development people for team USA who signed a lucrative contract and, quite possibly, injected a change directly into production (the skaters) without much governance (stop watches, or user acceptance testing at competitive events leading up to the Olympics).

Serena Software can help you safely accelerate your need to inject software changes into production.  For more, see information about Serena Release Manager.

Some final thoughts.  Wrapping this up … I am all for beating the competition within the established rules.  Team USA is now trying to change their suits. IMO, they should be denied this request. While rollbacks are fair game for software deployments, the US speed skaters need to live with their high-stakes gamble.