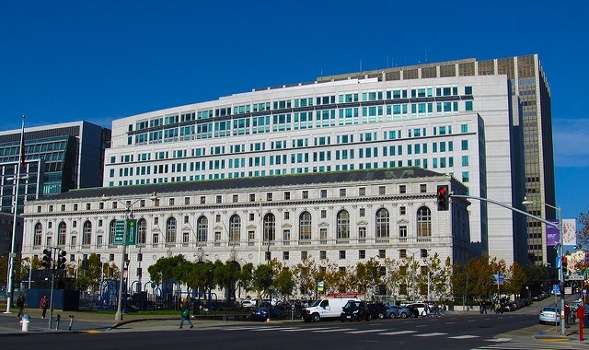 In what is being hailed as a resounding victory by public and open-government supporters,  the California Supreme court on Thursday ruled unanimously that text messages and emails sent by public employees on their personal devices or email accounts must be disclosed to the public if they, “relate in some substantive way to the conduct of the public’s business.”

This ruling is the result of a case filed by Ted Smith, who filed a public records request many years ago in an attempt to get the release of records of the communications of San Jose City Council members about a proposed development in downtown San Jose.

In the decision, Justice Carol A. Corrigan stated that, “A city employee’s communications related to the conduct of public business do not cease to be public records just because they were sent or received using a personal account.”

Karl Olson, attorney for the news media, stated that the ruling sent “a strong message that public officials and employees should not try to evade public scrutiny by using personal accounts.”

Cities, counties and other local governments in California, who receive numerous records requests, urged the court to side with the City of San Jose. They expressed concerns that broad requests for information would be costly and might invade the privacy rights of public workers. They stated that they lacked the funds to ensure the disclosure and discovery of communications on private devices. They fear liability if some information on personal devices was not found and produced.

The court acknowledged those concerns, saying it would not always be clear whether a communication had to be disclosed. The court stated that the decision on whether something written in a personal account is public record will require an examination of the content, the purpose for which it was sent, the person to whom it was sent and whether the communication was prepared within the scope of the employee’s job. Though the standard set by the court broadly favored public disclosure, Corrigan wrote, “it is not so elastic as to include every piece of information the public may find interesting.”

The ruling does not require government to search the private devices of employees, but only to make “reasonable efforts” to obtain the information.

On the national level, Hillary Clinton used a personal email account for work while she was Secretary of State, and staff members of New Jersey Gov. Chris Christie used emails to stage a massive traffic jam to punish a Christie foe. And more recently, Vice President Pence was found to have used his private AOL email account for State business, and his account was hacked.

“If employees are conducting written business about the people’s business on email, that ought to be available to the public,” said Snyder. “It shouldn’t matter if the email is privately owned or owned by the government.”

State, Local and Federal Governments must comply with regulations and guidelines for archiving and retaining electronic communication. This includes not only archiving email, but also all mobile phone communication, and social media messages.

Compliance with these regulations will help your organization avoid fines, sanctions and other penalties, as well as avoid the risks involved with email and social media misuse.

How Does Retain Address Regulatory Concerns within Government?

Retain™ Unified Archiving provides multi-platform unified archiving of email, social media, and mobile communication for Government agencies throughout the United States and around the world. Retain also includes built-in eDiscovery, and publishing for organizations looking to reduce costs, manage complexity, and mitigate risk on-prem or in the cloud.