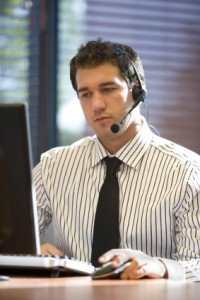 Service management systems are IT’s on-line face to the business.  Sure, enterprise apps and personal productivity tools may be how users get their jobs done.  But when that guy in sales or woman in marketing has a problem or needs something, they turn to the IT service system for satisfaction.

They’re often disappointed, leading to dissatisfaction with IT in general and widespread use of informal systems.  Left unchecked, this unfriendly face can lead to elevated service resolution costs, extended cycle times, and frustration within IT itself, all the while leaving end users convinced that IT isn’t a suitable business partner.

Meanwhile back in IT, a process-based revolution has been declared.  ITIL succeeded in defining IT service management processes in standard fashion, while shining a light on the need to become process-based.  Activity-based approaches, ad hoc approaches, and disconnected silos are now properly frowned upon.

At the executive level, CIOs know all this and also know that their sunk costs in rigid 20th Century service management systems are a disproportionately expensive part of their portfolio.  Expensive, unfriendly and rigid is hardly a formula for success, especially for a system that literally defines IT in the minds of the vast majority of IT’s customers.

This untenable situation has led to the increasingly widespread adoption of SaaS ITSM offerings.  These 21st century services help with the cost issue and are at least superficially helpful in presenting a friendlier face to the business.  But they suffer from rigidity and a failure to embrace true process automation.

The better approach is to orchestrate IT service management, whether delivered via SaaS or on-premises.  Orchestrate?  By Serena’s lights, this means to automate ITSM processes in a way that they become transparent, configurable and connected.  Orchestration leads to dramatic improvements in cycle time, compliance, adaptability and accountability.

And friendliness.  Because a friendly face that fronts a flexible and accountable IT operation is a vital precursor to IT success.

We at Serena are going to have much more to say about Orchestrated Service Management over the coming months.  Stay tuned!