I often hear that CORBA has made itself absolutely indispensable to the organizations that have relied upon it for the past 25 years. Why? CORBA’s reliability, security and proven performance are second to none.

However, like any technology, CORBA is often just one piece of a much larger solution. And for anyone who is responsible for ensuring that CORBA and additional applications function as one, integration may appear a daunting task. Not only do you have to deal with different technologies with their own protocols, products and applications, but, in many cases, you also have to do so without the expertise that was used to develop the system in the first place.

All too often, solution providers expect you to replace perfectly functioning systems and rewrite them using their products. Clearly, this is a costly and expensive exercise you likely want to avoid. It also introduces risk that may not become apparent until late in the project, or worse, in production. For this reason, integrating rather than replacing is a vital part of any IT solution, which, thanks to Artix, is a very straightforward undertaking, especially so when it comes to CORBA.

Why Replace When You Can Extend Your Reach?

You likely have a wealth of technologies and products within your IT infrastructure that are essential to everyday business operations. As these solutions have typically been deployed over a long period of time, ensuring that critical business data contained within them remains accessible and actionable can become a challenge. Moreover, the ubiquitous nature of mobile and web means that the programming paradigms associated with emerging forms of communication can introduce additional complexity when your organization tries interfacing established solutions with newer applications.

I frequently see organizations quickly resign themselves to the fact that integration is too much to take on or that their data is irreparably siloed, and move to rip and replace well-established technology entirely – or rely upon ad-hoc data bridges that are difficult and expensive to maintain.

Artix puts the data that some may (mistakenly) consider locked away in multiple protocols, particularly CORBA, into easy reach and ensures that you can connect cutting-edge yet disparate technologies in sustainable fashion. So, instead of ripping, replacing or recoding the technology you rely on every day, you can extend your reach with Artix. No matter the CORBA solution deployed in your organization, Artix can integrate seamlessly, bringing cost savings and multiple new use cases to the fore.

Through Artix, existing CORBA applications can seamlessly interoperate with non-CORBA technologies (including those built on .NET, Web Services and REST) without any modification – and they will continue to function with existing applications and systems exactly as before.

Working alongside CORBA, Artix operates in tandem allowing you to modernize using the latest industry standards, extending the functionality without any additional investment in CORBA. It’s a mature and proven technology, already powering robust and resilient integration infrastructures for industry leaders in a variety of markets including Telecommunications, Financial Services and Manufacturing.

For CORBA users, who typically operate in a request-reply world, Artix’s ability to convert the IIOP message in to a SOAP message and transmit over HTTP is most interesting. However, where you may need more flexibility and integrate through REST, that’s not a problem either. Thanks to Artix, there’s no need to change the behaviour of your CORBA applications, so they can continue communicating with your existing CORBA assets, thereby allowing its introduction with little to no risk. You can continue to rely upon CORBA to power your mission-critical applications with best-in-class performance, security and scalability while bring the data contained within CORBA to the widest range of devices and systems.

Check out our Modernizing CORBA through Artix video series to learn how you can maximize existing assets using Artix and dig into the details of connecting CORBA with Web Services, .NET, and REST with these educational videos.

You can also sign up for a free 30 day trial and download the code in the video series to see for yourself how Artix can help you introduce new revenue models and operational efficiencies in far less time. Contact us with questions and share your experiences with CORBA and Artix in the comments section below. Also don’t forget that you can follow and talk to @MicroFocus on Twitter. 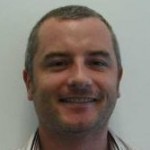