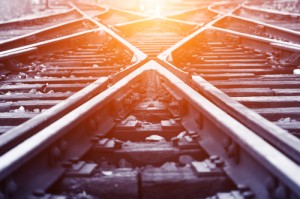 The tried-and-trusted enterprise-scale server of choice is casually regarded as an unchanging world. Yet today’s digital world means the mainframe is being asked to do greater and greater things. Derek Britton investigates big-iron market attitudes to change.

The IBM Mainframe environment has been on active duty since the mid 1960’s and remains the platform of choice for the vast majority of the world’s most successful organizations. However, technology has evolved at an unprecedented pace in the last generation, and today’s enterprise server market is more competitive than ever. So it would be wholly fair to ask whether the mainframe remains as popular as ever.

You don’t have to look too hard for the answer. Whether you are reading reports from surveys conducted by CA, Compuware, Syncsort, BMC, IBM or Micro Focus, the response is loud and clear – the mainframe is the heart of the business.

Summarizing the surveys we’ve seen, for many organizations the Mainframe remains an unequivocally strategic asset. Typical survey responses depict up to 90% of the industry seeing the mainframe platform as being strategic for at least another decade (Sources: BMC, Compuware and others).

It could also be argued that the value of the platform is a reflection of the applications which it supports. So perhaps unsurprisingly, a survey conducted by Micro Focus showed that over 85% of Mainframe applications are considered strategic.

However, the appetite for change is also evident. Again, this holds true in the digital age. An unprecedentedly large global market, with more vocal users than ever, are demanding greater change across an unprecedented variety of access methods (devices). No system devised in the 1960s or 1970s could have possibly conceived the notion of the internet, of the mobile age, of the internet of things; yet that’s what they do have to do today – cope with this new world. Understandably, surveys reflect that: Micro Focus found two-thirds of those surveyed recognize a need to ‘do things differently’ in terms of application/service delivery and are seeking a more efficient approach.

The scale of change seems to be a growing problem that is impossible to avoid. In another survey, results show that IT is failing to keep up with the pace of change. A study by Vanson Bourne revealed that IT Backlogs (also referred to as IT Debt) had increased by 29% in just 18 months. Extrapolated, that’s the same as the workload doubling in less than five years. Supply is utterly failing demand.

Supporting this, and driven by new customer demands in today’s digital economy, over 40% of respondents confirmed that they are actively seeking to modernize their applications to support next generation technologies including Java, RDBMS, REST-based web services and .NET.  Many are also seeking to leverage modern development tools (Source: Micro Focus)

And it isn’t just technical change. The process of delivery is also being reviewed. We know from Gartner that 25% of the Global 2000 have adopted DevOps in response to the need for accelerated change, and that this figure is growing at 21% each year, suggesting the market is evolving towards a model of more frequent delivery.

Taking what works and improving it is not, however, the only option. Intrepid technologists might be tempted by a more draconian approach, hoping to manage and mitigate the associated cost and risk.

Package replacements take considerable budget and time, only to deliver – typically – a rough equivalent of the old system. Both unique competitive advantage is compromised, and of course packages are available to the open market. Such an approach is known to have a 40% failure rate, according to Standish Group. Custom rewrite projects appear to be riskier still, the same report talking about a 70% failure rate and extremely lengthy and costly projects.

Worse still, reports from CAST Software suggest that Java (a typical replacement language choice) is around 4 times more costly to maintain than equivalent COBOL-based core systems. The risks of such a drastic change are clear.

Meeting future need never ends. Today’s innovation is tomorrow’s standard. Change is the only true constant. As such, the established methods of providing business value need to be constantly scrutinized and challenged. The mainframe market sees its inherent value and regards the platform as well-placed to support the future.

And to meet the demands of the digital age, the mainframe world is evolving: new complimentary technology and methods will provide the greater efficiencies it needs to keep up with the pace of change. Find out more at MicroFocus.com and / or download the white paper ‘Discover the State of Enterprise IT‘