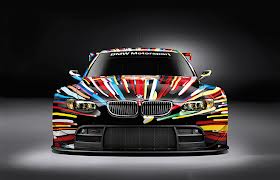 Leveraging existing legacy applications with an organization’s middle-tier initiatives is a hot topic in the enterprise. We have seen this trend repeatedly come up and thought it might be helpful to share experiences from other organizations.

Last month I was working with a large enterprise that was taking the concept of virtualization seriously. Essentially, they were consolidating services from individual middle-tier servers – Windows and varying flavors of UNIX – and putting them into new Linux VMs on their mainframe. They turned the mainframe into a big managed server, but only in part.

The issue that still needed to be addressed was the legacy stock of applications. Although their goal was to put all strategic enterprise applications and services on the mainframe tier, logically applications still fell into two broad categories: existing (older technology and legacy in silo architecture) and new (modern technologies built with a distributed mid-tier approach.)

What they found was putting the applications on the same box, mainframe in this case, was cost effective, had improved uptime characteristics and gave them great management controls, but it didn’t bridge the existing technology and architectural chasm with newer and older applications. Ironically, they still had a mainframe integration issue. To solve this, and achieve the level of mainframe integration expected, we took a tried and true approach of wrapping the legacy applications into services. To do this without disruption to the existing enterprise applications, we used several Verastream servers. This is the Attachmate approach that simply takes control of all, or portions of, the legacy application and then lets you expose those interactions as standard services, Web services or other. It is a rapid way to integrate mainframe applications.

This was not a difficult implementation and it was something that yielded several direct benefits. Have you considered what a mainframe integration project might allow you to do, either on the mainframe itself or using a more traditional mid-tier approach?