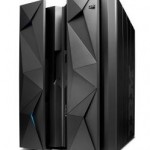 Elsewhere in the press, studies from a variety of sources (including BMC, Compuware, Syncsort and Delphix) reveal ongoing support for and usage of the mainframe environment. 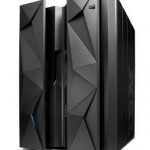 While the mainframe environment is derided by some, not least those that would benefit from clients moving to an alternative environment, not all industry commentators follow that line.

The fanfare greeting the z13 last year was remarkably positive (an example from Motley Fool here) – IBM’s mainframe revenue results have followed that positive direction. Later in the year we were treated to more excitement with the release of the LinuxOne range of IBM mainframe-based Linux servers, and the recommitment to the Open Mainframe Project (with the help of SUSE). 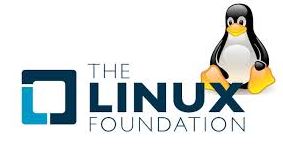 In recent months the mainframe has recieved some upbeat and well-considered press. SD Times ran an excellent review of the mainframe world – “Are mainframes still road worthy” which talked about a buoyant, positive market (though not without its challenges). More recently still was the Forbes article, penned by Adrian Bridgwater. In this article, the premise that the mainframe is in some way outmoded (the title calls this out immediately – “How to rescue a dead mainframe programmer”) is explored and debunked. Citing some recent software announcements, the article explores two of the key focus areas for the mainframe community right now. Notably Skills and DevOps.

On skills, the challenges were clearly identified – “all the older guys who knew … mainframe systems … are retiring”. This creates an issue when, as it goes on “existing mainframe server systems are … well suited to large-scale datacentre … environments”, and therefore need to be sustained and evolved.

The article then infers that resolving the reliance on older tooling may play its part. Micro Focus agrees wholeheartedly, such that this is less of an issue than IT leaders might fear. Antiquated technology is hard to find staff to use, yet needn’t be a problem. Modern mainframe development technology is readily available which provides the same environment for mainframe teams as is being used by other developers. This unified approach provides potential cross-pollination between various development teams and has been successfully adopted by Micro Focus customers looking to extend their supply of skilled mainframe talent. One organization now has an average mainframe developer age of 26 as a result of their Micro Focus investment.

The other subject of the Forbes article and topic du jour: DevOps. You can’t move for DevOps discussions right now. At the next SHARE event in March 2016 –a barometer for the psyche of the mainframe world – the event now has its own DevOps track: “DevOps in the Enterprise”. As you would expect Micro Focus will be there and presenting our own DevOps session).

Vendors have arrived at the DevOps party at various times. Compuware are mentioned in the Forbes article as “empowering”, according to CEO Chris O’Malley, “Agile DevOps teams to master the mainframe”. Such facilities – in a genuine agile environment – present integration needs across a variety of 3rd party tools (not just those mentioned in the article). However any steps forward in integration and support between mainframe-centric tooling and DevOps technology is a step in the right direction. Micro Focus’ support, within its Enterprise product set, a range of agile tools, including its own Borland range (Atlas, Silk, AccuRev, StarTeam), plus Jenkins, Sonar Source etc. Integration with Endevor, SCLM or Changeman on the mainframe, takes that mantra further. Our customers are using such facilities today as the central hub for their DevOps-based mainframe delivery processes.

What this means, in simple terms, is that the challenges facing mainframers in the move to an agile process – poor interoperability, lack of productivity, inflexible testing capability, insufficient collaboration, low overall delivery velocity, inefficiency – stand a real chance of being fixed to create a meaningful improvement in throughput and flexibility. Learn more about how that happens here. 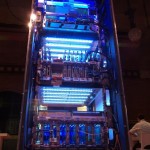 Bridgwater concludes with the forward-thinking label, “Agile mainframes”. And with the right skills and technology available, which they most certainly can be; he’s right. You can see it for yourself at SHARE or join us at a DevDay this year to witness the power of agile COBOL app development from Micro Focus.