Information Week’s Insurance and Technology ezine carries “The Rocky Road of Modernization” a thought-provoking piece from Kelly Sheridan which discusses some important considerations around systems renewal or modernization in the insurance sector. Sheridan’s view of customer focus and operational efficiency doubtlessly represent the cornerstone elements of an effective, modern IT strategy for many insurance firms.

The article then attempts to outline possible IT strategies for effective change, including the assertion that “systems produced today” are “better able to handle the modern … environment”. This is unsurprising, as old IT systems are much derided. After all, how can decades-old systems serve today’s organizational needs? Even the taxonomy “legacy systems” is viewed within IT as a largely pejorative term. When organizations set out to replace their so-called legacy applications, removing a decades-old working system can be difficult. Even if the effort succeeds, a lot of money is being spent for very little in return. What replaces it is – fundamentally – merely a like-for-like equivalent. Yet extensive budget, resource and upheaval is consumed on this venture.

Replacement: Too risky for insurance companies?

And in reality, the viability of system-wide replacement carries considerable risks. Swapping out one system for another compels the organization to cope with significant changes, including functional equivalence, data integrity, user acceptance, training, hardware and software commissioning, among others.

The new system is untested, the system being replaced is undocumented – and the possibilities for error are huge. Studies undertaken by industry commentators and analysts talk about “failure” rates of between 40% and 70%, depending on the nature of the project, where implementations are excessively late, over budget or just never delivered. The IT press is littered with examples – just Google the words “IT failure”. The vast majority of these are new implementations.

Furthermore, a question arises around the article’s assertion that older systems are “expensive to operate” and rely on “outdated” skills, such as COBOL programming. This attempts to capture a nuanced argument in a general statement and should be challenged. Core systems such as COBOL are, from a maintenance perspective, easier to understand and manage than more equivalent languages. In terms of available skills, interestingly most developers in 2014, with their knowledge of IDEs such as Eclipse or Visual Studio, can easily pick up COBOL, the latest versions of which also work within these environments.

Any concerns around the availability of current, incumbent skills, are also worth closer scrutiny. COBOL, the building block of most insurance applications, has gained an undeserved reputation as uncool and outdated relative to where high-paying developer jobs are trending – a perception that might explain why only 27 percent of Universities teach COBOL.

However, demand creates supply and greater dialogue between employers and academia can help correct the issue. Furthermore, Micro Focus is working with over 300 universities and colleges today to provide up-to-date COBOL training and technology to support both industry and universities alike and give tomorrow’s developers a future-proof career. After all, who else will maintain the applications that underpin the insurance houses’ core processes?

Another assertion made here that systems produced today are “less expensive to maintain” is, again, not necessarily the case. Take Java, for example. While it performs well for mobility requirements, it can lead to higher “technical debt” – the Gartner-coined term that defines the eventual consequences of poor system design, software architecture, or software development within a codebase. That’s a lot more than COBOL. According to CAST Software’s CRASH report, the estimated technical debt of Java is $5.42 per line of code, compared to $1.26 per line of COBOL.

Many well-known insurance brands, including Nationwide, Aviva, Allianz, HCL, SCFBMIC and United Life have successfully repurposed older systems and interfaces by reusing core COBOL applications, saving time and effort which can then be devoted to other customer-facing initiatives. Meanwhile, similarly risk-averse organizations in the banking sector have also recently chosen Micro Focus technology to support their core IT modernization strategies.

The market expects insurers be cost-efficient and – naturally – risk-averse. Embarking on a modernization strategy based on reuse is a low-risk route to better customer service and operational efficiency. Sticking with the programming language that has successfully underpinned the core application since it was created is not “outdated”, but common sense.

As we have discussed, with a little fine-tuning, these applications can deliver the future innovation required to meet the requirements of tomorrow without compromising what is there today. Micro Focus technology protects the intellectual property of core applications, and enables the system transformation needed to embrace new technology and meet new market requirements. We believe that for our insurance clients it really is the best policy. 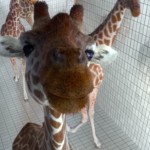