It’s quite hard to imagine a world without Linux in it, but in reality one of the industry de-facto standard operating environments has just reached its quarter century anniversary. This blog looks at the story of how we got here.

In the IT world of 1991, the desktop market was just blossoming, the personal computer was becoming more powerful, intel were breaking Moore’s law with reckless abandon, and Microsoft were starting to get their act together with a brand new exciting development that was to hit the streets a year later, called Windows. The server market was also expanding. An interminable list of organizations including IBM, HP, Sun, TI, Siemens, ICL, Sequent, DEC, SCO, SGI, Olivetti were building proprietary chips, machines and UNIX variants. UNIX had already by that stage enjoyed significant success since making the leap from academia to commerce, and everyone was trying to get a share of the spoils.

Faced with such a crowded market, how did Linux take off?

The phenomenon that was the Linux revolution has been ascribed to a number of factors, including the market desire for choice, technical freedom, and value for money.

The products on the market at the time were entirely proprietary and cost a lot of money. A vendor lock-in and an expensive contract was not all that appealing to CIOs looking to derive value from their investments in what were ironically referred to as  “open systems” (given the proprietary nature of the systems in question).

Linux plugged the gap in the market of true openness. Because the ownership was in the hands of the community, there were no proprietary elements. And the open source nature of the kernel meant that provided you had a piece of suitable hardware, Linux was basically free to use. 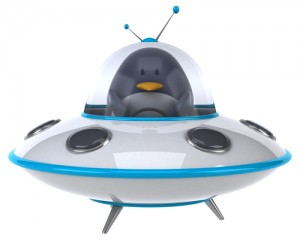 The devisor of Linux, Linux Torvalds, set about improving on other UNIX kernels available at the time, but took the stance that the project should be entirely open. While the idea was his, he merely wanted to invite others to help the idea take root. Indeed Torvalds’ own view of the name was that it sounded too egotistical, and for the first 6 months of the project, the acronym FREAX (an amalgam of “free”, “freak” and “x”) was used as the working title. Only later did he accept that Linux might work better.

Whether such altruism would yield any fruit is easy enough to quantify. Recently, the Linux Foundation released the Linux Kernel Development report stats showing that more than 13,500 developers from 1,300 companies have contributed to the Linux kernel since 2005. Moreover, it isn’t just hobbyist techies in academic labs. The same report indicates that among the top organizations sponsoring Linux kernel development since the last report (which was published in March 2015) included industry giants such as Intel, Red Hat, Samsung, SUSE, IBM, Google, AMD and ARM.

So much for contributions to the kernel itself, but what about the whole environment, and what about deployments in industry? Did Linux make any headway in the commercial world? Of course the answer is resoundingly affirmative.

Consider just a few of the Linux implementations:

Little wonder then that in 2013, Linux overtook the market share of all other proprietary UNIX systems.

But if its open source, who will pay for its future?

A question mark about whether an open source (read: free) environment could be commercial sustainable must also be answered. Arguably the best way to do this might be to look at the health of the organizations who seek to make Linux a commercially viable product. These are the vendors of the various Linux distributions, such as SUSE, Red Hat and Oracle.

Looking at the health of the Linux line of business in each case, we see highly profitable organizations with trend-beating revenue growth in a tough market sector.

Consider all the other players in the sector with their commitment to Linux. IBM has invested millions of dollars in Linux, introducing a new range of Linux-only mainframes branded as LinuxOne. Meanwhile in what might have been seen as unthinkable a few years ago, Windows vendor Microsoft has launched partnerships with Linux vendors including SUSE and Red Hat to provide a collaborative cloud hosting solution. 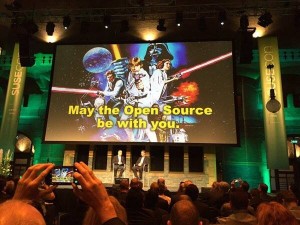 Well we’ve heard it all before, haven’t we? It’s getting on a bit so we need to replace it. Like mainframes, like COBOL, like CICS, like Java. These technologies have enjoyed significant anniversaries recently. And in not one single case can you justifiably argue that the age of the technology means it warrants discontinuing. Indeed, most of the ideas might have been formed some time ago, but not unlike Linux, in each case the community and vendors responsible have continued to enhance, improve and augment the technology to keep it relevant, up to date, and viable for the modern era.

In technology, the myth that age implies a lack of value is diametrically incorrect. In IT, age demonstrates value.

At Micro Focus, we love Linux, and we’re not surprised by its success. We’ve long since advocated the use of innovative technology to help support existing value IT investments. Systems and applications that run businesses should be supported, enhanced, innovated, and modernized. At a low cost, without any risk. That’s what Micro Focus has done. Whether it’s with the applications themselves or with the underlying operating environment, building and operating today’s and tomorrow’s digital infrastructure is what we do best.

Indeed, speaking of birthdays, Micro Focus is 40 this year. Enduring value is no stranger to us. Now, who brought the candles?