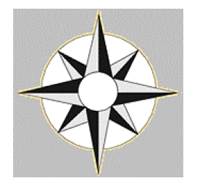 The IBM Mainframe and the movie character James Bond have now shared a 51 year history. Since 1953, James Bond has morphed from Sean Connery into Daniel Craig just as effortlessly as the S/360 has transformed into the mighty z13 – and both have had many ‘models’ along the way. While 007 has always been 007 he has survived many remakes and remodels to be brought up to date. He’s serious box office, just as the z13 is delivering the goods for IBM. With the latest mainframe already going great guns and excitement building towards the release of the 2015 movie SPECTRE  it is time to reflect on their shared values and victories…. 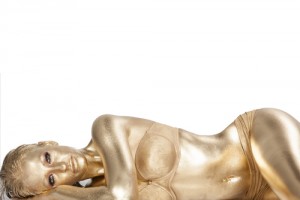 The 1st James Bond movie, Dr No, was already a year old when IBM released the IBM System/360. A revolutionary ‘all-around’ single series of compatible computers designed for both commercial and scientific use, it provided governments, businesses and academia with a reliable, high-performing, secure foundation to develop the next 26 years of enterprise IT. IBM’s initial $5B investment in the s/360 series began generating a world dominating stream of revenue for Big Blue in the same year Goldfinger was planning to create one of his own by raiding Fort Knox on the silver screen back in 1964. Naval Commander Bond would certainly have nodded approvingly at the Mariners Compass that adorned the 1st System/360  announcement brochure, possibly while draining a large vodka Martini.

Thunderball and the revolutionary 3rd generation S/360 Model 40 were both launched in 1964 – with the latter proving so successful it was only withdrawn from sale in 1977, just as Roger Moore walked out as 007 for the 4th time in Moonraker. Oh – did I mention the IBM/JB Space Travel crossovers…?

“Take me ’round the world one more time”

Landing the first two astronauts on the moon in July of 1969 ranks as one of the great engineering achievements in human history and the legendary IBM S/360 played a significant role in this accomplishment. Ten years after this small step for man – and no doubt inspired by the Apollo missions – James Bond went into orbit in a Drax Industries Moonraker space shuttle to save us all from apocalyptic toxins and super-humans breeding in a space-station.

Back on Earth, the S/370 began providing IT shops with a whole 10 degrees more all-round enterprise computing goodness on 30 June 1970, bookended between the launches of George Lazenby’s OHMSS and Sean Connery’s ‘latesht’ appearance in Diamonds are Forever. While IBM mainframes and Bond films enjoy superior production values, unlike most James Bond movies there was a two year waiting list for those wanting access to IBM’s latest incarnation of its most successful product. But both were worth the wait – and Bond-loving gadget fans would have loved the appearance of ATMs outside banks and workload performance improved further as Mainframe virtualisation became a reality.

‘I trust you had a pleasant “fright”!’

The 1980s marked another turning point for both the world’s longest lived computing system and its greatest spy. The home PC and ‘distributed’ computing became mainstream reality, industry observers and CIOs alike pondered whether it could provide a cost-effective alternative to the great IBM Mainframe.  While IBM grappled with their strategy, the general public couldn’t really decide what to make of For Your Eyes Only, Octopussy, A View to a Kill, The Living Daylights and License to Kill either. In Box Office Dollar and critical acclaim terms these movies were possibly the lowest point of Bond’s 51 year movie history as Roger Moore changed into Timothy Dalton and original Ian Fleming based plots ran out of supply. On the plus side, Bond managed to continue with at least one favourable ratio (see graph) 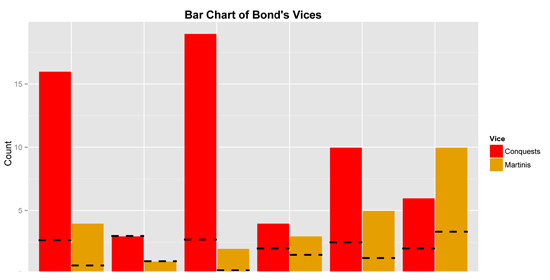 ‘Then you have no objection to increasing the stakes?’

But champions will take the punches and still win by a technical knock-out. And just like Bond it appears that the Mainframe is destined to ‘Die Another Day’, it’s now 19 years since Stewart Alsop predicted the last IBM Mainframe would be unplugged. The z13 has become the enterprise powerhouse, propelling the world’s blue chips into the Mobile, Big Data, cloud and disruptive technology eras with enormous processing power, unparalleled reliability and an economic value that’s hard to ignore TCO-wise.

Just like the original James Bond, the new mainframes look nothing like the original – but both are based on a winning formula that delivers time and time again without wandering too far from the DNA that paved the way for such stunning initial success. The writers of the newer Daniel Craig movies have delved deep into Bond’s history, stripped the character back to the original, wildly successful book-based-Bond while modernising story lines to bring him credibly into the present day cinema. 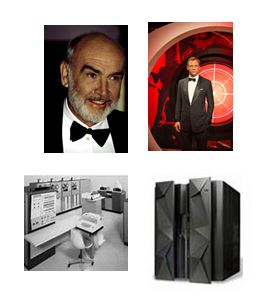 So Skyfall for Big Blue and Bond have been averted for now. Should I find myself in Casino Royale anytime soon I’d put a heap of chips on James Bond and the IBM Mainframe still heading the pack in the next 51 years. Take a look at our tribute to the IBM Mainframe at the brilliant Micro Focus time machine and see the history of the IBM Mainframe as it was on its 50th Birthday. I don’t want to seem ‘pushy’ but if you wanted to see the Q-like gadgetry Micro Focus offers the IBM Mainframe we’d love you to visit our website here.