IT Skills: Crisis? What Crisis? 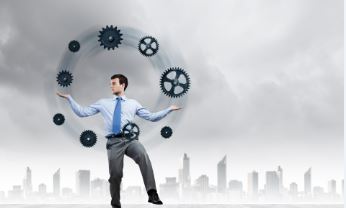 Read the trade press nowadays and you can’t help but stumble across another story about the IT skills shortage. And for more eye-catching headlines, the word “crisis” is often thrown in for good measure.

But even the most cursory ‘skills gap’ search on Google reveals a lot of reported problems, and very few positive solutions. This article mentions 43 distinct areas where positions outnumber people to fill them. Admittedly, developers, coders and programmers are included, but that still represents a small percentage.

So, realistically, how big is this problem – and who is affected?

Ann Swain, chief executive of The Association of Professional Staffing Companies (APSCo). She claims that an IT skills shortage is likely to grow in the coming years, as reported in Computing.

“The IT sector was one of the hardest hit during the recession, and our monthly trends report – which analyses vacancies and placements across the professional staffing sector – has in the last few months pointed towards the early stages of a skills shortage,” Ann said.

Elsewhere, ITPro reported that British firms are struggling to find the right talent to fill vacancies, according to a report published by CompTIA, a company that provides vendor-neutral certifications to workers globally. The International Technology Adoption and Workforce Trends Study found that 44% of 1,500 IT workers believed staff productivity is suffering because of the skills gap.

Accepted wisdom suggests the skills in shortest supply are those associated with ‘legacy’ [sic] technologies. Notwithstanding this erroneous label, this category includes COBOL and mainframe skills. Interesting then, that commentators talk about a skills shortage in more contemporary technologies.

“Demand for skills like C#, .NET and other programming languages has been consistent during the recession and has really started picking back up. However, we simply can’t find enough skills in the UK market,” claims the same Computing article.

This concern is highlighted in a lucid WSJ.com article by Skills Gap commentator Gary Beach. This piece calls out the proliferation of choice among the software development community as a reason for the difficulty in finding people with the desired skills: “All those choices have slowed down the hiring process. Tom Monahan, chief executive officer at CEB, a global consultancy, said it took chief information officers 40 days to fill an IT job two years ago. Now, it’s up to 70 days”, says the post, citing the spread of popularity in terms of development tooling including “Java, Java Script, C#, PHP, Python, Ruby, Perl and Objective C.”

Moreover, the US Government predicts that “approximately 810,000 new and replacement administrative personnel will be needed across all platforms by 2020”, according to the US. Bureau of Labor Statistics (Occupational Outlook, March 2013). This is compared with less than 100,000 of those being mainframe specific positions. 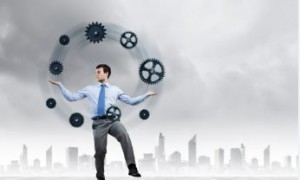 Importantly, discussions around skills are not restricted to the IT sector or even STEM-related jobs. In a report on the BBC News website, a “skills emergency” was being used to describe the current state of skilled worker demand in the UK. It went on “More than half of employers fear they will not be able to recruit enough high-skilled workers, according to a survey by the CBI (Confederation of British Industry).

The employers’ organisation is warning that a skills shortage is “threatening to starve economic growth”.

Furthermore, the skill level and affected industries are also illuminating. Nestle USA CEO Paul Grimwood outlined in a recent article the demands for skills in manufacturing “Estimates put the need for U.S. manufacturing jobs at nearly 3.5 million over the next decade. The current skills gap means that 2 million of those jobs — which require technical expertise, but not a college degree — will go unfilled”

Commentator Cait Murphy agreed, in Inc, “In a survey of Inc. 5,000 CEOs last year, 76% said that finding qualified people was a major problem. What’s really interesting about all this is that it’s not just the usual suspects who are complaining about the lack of good workers… it turns out that … manufacturers are having trouble finding excellent employees.”

Further afield, search results reveal plenty of manpower shortfalls in engineering and manufacturing – even potato picking. The list of skills gaps – coinciding with a period of relatively high employment – seems to be a fact of commercial life.

Meanwhile, Back in the Back Office

And these skills crises affect every walk of commercial life, including core IT systems. Right? Well, we see it differently. Micro Focus recognises the need to ensure that the next generation of talent is available to replace those lost to natural wastage. But that isn’t a crisis – it is common sense aligned with good planning.

As the global economy evolves and the digital age takes hold, a new generation of commerce shapes itself. The natural ebb-and-flow of staffing supply and demand causes inevitable variance in the availability of certain skills in certain sectors. It’s just life. Employers, vendors and academia own the collective responsibility to service that marketplace, just as they always have done.

In other words, it’s as much of a crisis as we choose to make it.

That is not to say that we don’t acknowledge a prospective skills shortfall. Indeed, to meet the continued requirement around COBOL skills, Micro Focus is continuing to invest heavily in both the technology itself, and build partnerships with academia, to help build the ‘next generation’ of COBOL application developers. It’s a pre-emptive, rather than reactive move.

So, not just IT then – and certainly not just COBOL, there are skills questions out there.

The word crisis is supposed to describe a situation that is out of control that you can do nothing about. Readers of a certain age may recall the 1975 album release by English prog-rock  group Supertramp. Called Crisis? What Crisis? The Micro Focus campaign highlights the myriad ways Micro Focus supports organizations in meeting the challenges of skills planning for the future. What crisis? 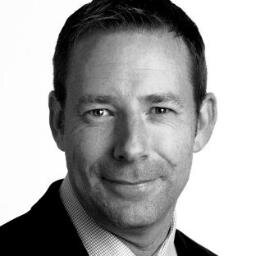