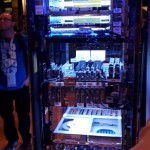 It’s always good to get a new market perspective. Partners, vendors and analysts all see the same entity from different angles and Micro Focus believes that clarity lies in commissioning a professional view. Within the last two years, for example, we have asked Vanson Bourne to take look at the mainframe user experience and report on the broader, general mainframe market.

Now, technology vendors Syncsort have completed their own mainframe market study and followed BMC in publishing their survey findings. It’s required reading for anyone in the mainframe market. While the Syncsort survey, Mainframe’s Role in the Big Data Ecosystem, detours slightly by looking at Big Data, it still keeps mainframe popularity and usage on the radar. 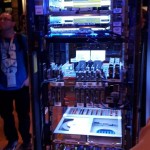 Anyone seeking clarity about the continued importance of the mainframe to big business will head straight to the survey’s key questions and answers. They will, for example, be interested to know that 69% of respondents voted the mainframe as ‘very important‘ for large-scale transaction processing while 70% ranked it even more highly for hosting mission-critical applications.

This echoes our view – and that of the BMC survey – that the mainframe remains the enterprise server of choice for the business-critical systems of large organizations.  But is it fit for the future?

Well, if a technology’s adaptability in working with more contemporary IT is a good indicator, then the answers made good reading. When assessing the mainframe’s ability to integrate with other standalone computing platforms such as Linux, UNIX or Windows, more than two-thirds – 67.4% – thought this was “important” or “very important”.

This will not surprise seasoned market analysts and those of us who regard understanding the market as part of our job descriptions. This is a connected digital world and IBM would not have invested so heavily in putting the z13 mainframe at the centre of the fully integrated hub of digital operations unless they thought this represented a safe, long-term bet.

Indeed, IBM’s recent LinuxONE announcement – the unveiling of a portfolio of hardware, software and services solutions to support an enterprise-grade Linux environment – is further evidence that Big Blue is among other notable observers in believing that the mainframe infrastructure can support growing market demand across a range of environments well into the future.

The winning trick for any analyst, either professional or casual, is to accurately predict the future. For example, the digitally-empowered world of 2015 would have been impossible to imagine only a decade ago. So will the mainframe remain relevant in 2025? Clearly, that point concerned Syncsort enough to pose the question “how long is your company planning to continue using a mainframe?” The response indicated – as Micro Focus has long predicted – a very, very distant horizon: 57.8% had “no plans to discontinue”, while those seeking to retire the mainframe within two years was less than a rounding error at 0.1%. This is consistent with overwhelming data from BMC, IBM, Micro Focus and others, where mainframe loyalty and future usage seems undiminished. The evidence for the defence makes for a strong case.

The survey went on to look at the broader question of mainframe application delivery. More than half of the respondents classified their status as “continuing to build new applications for the mainframe” or adding the qualifier that “but most are being placed on other platforms”.

What does this mean? Well, from my perspective, this represents a continued reliance on big iron systems, but with an emerging trend towards a more heterogeneous platform mix living alongside the mainframe. The immovable truth – and the key takeaway – is that additional mainframe workload is being developed by a significant proportion of clients.

So far, so good – but having removed the ‘if’ from the equation, the survey addresses the vexed issue of building these core systems.  Whether it concerns mainframe DevOps adoption or improving time to value in other ways, with different options available to facilitate the build the challenge moves on to establishing the best way of “continuing to build applications”.

Successfully managing the mainframe environment is not easy. It requires that the investment in technology is matched by the supply of skilled mainframers; in other words, resolving the widely-perceived skills crisis. The skills question was provocatively phrased, “describe your mainframe staffing needs” and the response was illuminating, with 38.5% “Anticipating a requirement for new mainframe staff in the near future”.

This was the highest single score. It was a higher percentage than those who were confident they could meet this need or without a requirement at all. Skills shortfall, issue or challenge, the IT skills question remains an open topic on the CIO agenda, albeit with – Micro Focus believes – a relatively straightforward resolution. Join us for a live skills discussion soon. 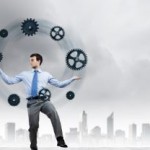 Syncsort’s findings can be divided into two fundamental truths. Firstly, that the value of the mainframe environment is not in question. The second point – and a good reason for making sure the survey lands in the CIOs in tray – is that the challenges facing those tasked with continuing to deliver greater and greater business value, are real and need resolution if the key findings are to be reconciled.

But each challenge can be faced and maximum value achieved. This way, this technology will have not just a future of supporting core systems, but it can evolve to provide the innovation that every mainframe organisation needs to extract maximum value from their biggest business asset.