How Much Data is Created on the Internet Each Day? 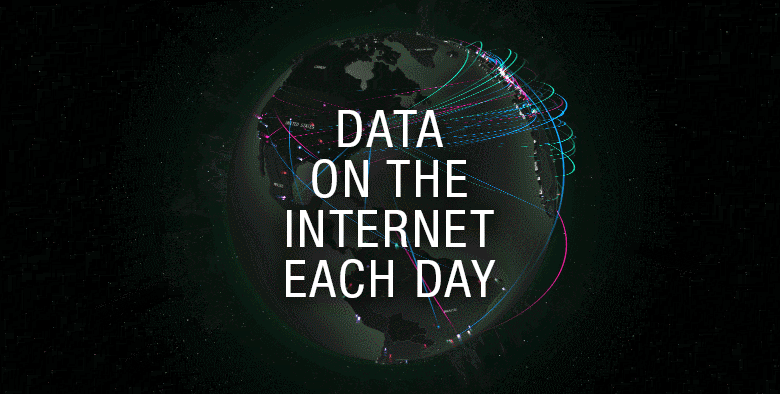 90% of the data on the internet has been created since 2016, according to an IBM Marketing Cloud study. People, businesses, and devices have all become data factories that are pumping out incredible amounts of information to the web each day.

Not only are there more people using the internet, but they are using it in many different ways.

Each minute of every day the following happens on the internet:

If we do some quick calculations, we can see the amount of data created on the internet each day. There are 1440 minutes per day…so that means there are approximately:

Email Use continues to Rise

Don’t think with these increases in social media, that email is going away anytime soon! Email use continues to grow. The Email Statistics Report 2019-2023 by the Radicati Group confirms this – 293 billion emails are sent daily in 2019, and this is expected to grow by 4.2% yearly to 347 billion in 2023. According to the same report there are 3.9 billion email users in 2019, and will increase to 4.4 billion by the end of 2023.

Data created by the Internet of Things (IOT)

Devices are a huge source of the 2.5 quintillion bytes of data we create every day – not just mobile devices, but Smart TV’s, cars, airplanes, you name it – the internet of things is producing an increasing amount of data.

The growth in data and the way it can be used is also changing the way business is being done and the services that organizations can offer due to an enhanced ability to produce, capture, and understand data.

How Micro Focus Can Help You Monitor Employee Generated Data

Hidden in all this data are business insights that can trigger explosive growth. The problem is that finding them is like finding a needle in a haystack. That’s why early adopters are focusing on big data analytics and content management.

Research from IDC shows that 80% of worldwide data produced will be unstructured, meaning that it is typically text heavy and does not follow a predefined data model. That’s where big data analytics and visibility come into play – they give context to massive amounts of unstructured data, which helps find the needle of insight in the haystack of information.

The future innovators and market leaders across all industries will be the ones who can take this data and make the most out of it. Whether that’s gaining insights for a marketing campaign or a new R&D project, the internet and big data have the answers, and one thing is certain – tools are going to be critical in deciphering all of that information.