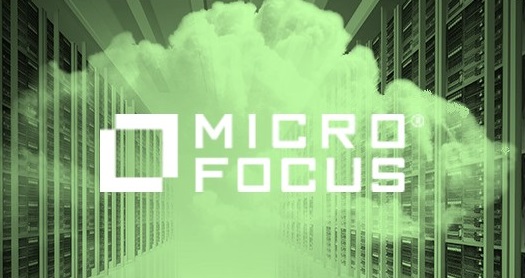 The end is nigh?

The excitement and opportunity of a new decade is upon us. I have to confess, however, that I’m not a big fan of prophetic speculations. They tend to make fools of the commentators. Experts foretold that the mainframe would die in the 90s. Someone in 1960 said COBOL would not even make it to the end of that decade. One IT journalist infamously predicted the iPhone would not make it.

In such cases, competing technologies that sought market dominance never quite dominated. Never did their monopoly ensue. In many examples in the IT world, the survival of the fittest typically did not equate to a solitary victor.

One of each, please?

The guns are quieter from technology wars waged in the past but nobody truly won. Indeed, it is hard to remember quite who was fighting whom. Whether it was Windows and Linux, or Mainframe and non-mainframe, or Java and C#, perhaps even Eclipse and Visual Studio, like an Orwellian twist, nothing really stayed pitted against something else for too long, battle lines were redrawn, and by and large nothing really ever disappeared off the map unless withdrawn by its own vendor. Sorry, MS-DOS.

In addition, some UNIX variants, and even their vendors, dwindled from the market, as the industry consolidated as open-source Linux emerged. Nowadays it is very hard to find a Sequent or Texas Instruments Unix system proponent.

As we head into a new decade, the typical technical landscape remains far from simple. Linux is here to stay. Windows too (although not Windows 7 any more, at least officially). The Mainframe never disappeared after all, and some would espouse z15’s business fitness as the best yet from IBM. Both IDEs are popular. JVM is as commonplace as .NET. Data is held in all manner of places. Choice prevails…

Change is constant – IT platforms are an ever-evolving situation. Typical hardware replacement periods will fall somewhere between 3 to 5 years, depending on the device, the organization and the usage models. There is always something new around the corner, as is perfectly illustrated by the remarkable rise of Cloud computing in the last decade.

So, did Cloud’s almost universal adoption simplify the IT world a little further? While today’s Cloud vendors are a small and well-known list of suppliers, the Cloud often represents an additional infrastructure option, rather than being a wholesale replacement. Even then, Cloud is not a single solution: 74 percent of organizations currently use multiple cloud infrastructure vendors (what is increasingly referred to as a multi-cloud strategy), according to a recent report. The increasing popularity, and diversity, of hybrid infrastructures, suggests that a blended model of organizational hardware is the norm. The 2019 BMC Mainframe survey illustrated this point very well – 59% of respondents said the mainframe was a platform for growth (an increase over previous years), yet 45% of the same respondents said implementing Cloud was a priority.

This Top 10 Worldwide Services Predictions 2020 blog from Analyst firm IDC runs along similar lines with prediction 6 stating: “By 2024, 55% of organizations modernizing their legacy mainframe applications will have modernized the underlying application infrastructure, with 83% turning to cloud as their preferred medium.”

As we look to 2020, the typical large-scale enterprise infrastructure might include a mainframe, a variety of windows based servers, Linux, some proprietary UNIX systems, and all manner of desktop machines, not all of which will be Microsoft. Not to mention all manner of connected devices. Added to which is everything else that is Cloud-based. For each platform, there is then a list of any number of applications. In addition integration across the systems is required to share data and provide a “single experience” for user communities across the application stack.

Such an IT reality is, as a CIO once confessed to me, a case of “one of everything”.  Existing infrastructure forms the basis of a functioning business; the value of that IT ecosystem is what drives the organization, today. So changing the setup, however desirable that might be, has to be carefully managed, at the lowest possible risk.

While the realities of hybrid IT complexity affect day-to-day operations, the potential upsides of infrastructure modernization are becoming more and more tangible. A recent Computing Research survey of senior enterprise IT professionals yielded some notable results in terms of the benefits of moving to cloud. Meeting variable demand needs was cited by nearly 80 percent of respondents; greater agility and competitive advantage by 74 percent; cost reduction by 73 percent; an improved working environment by 70 percent; cost predictability by 68 percent; and the performance and proximity of applications by 67 percent.

Micro Focus’ own commissioned studies on the topic reflect this. We commissioned Forrester to survey the market to ask about Cloud as a platform for IT Modernization. Looking at the results (the full webinar is here) we made the following observations –

So, while departmental, operational back-office apps are typical workloads to consider, we are seeing a growing appetite to leverage the value of cloud to support core business system modernization.

Enter stage left Micro Focus. Our belief is that IT value should be realized regardless of infrastructure strategy, whether your policy is a full #cloud4mainframe strategy, or a more blended, pragmatic approach. Obviously moving server workload is no stranger to Micro Focus, and regardless of current and future environment, we provide worldclass solutions (and partners) to support this vital activity.

In fact Micro Focus provides a whole range of solutions to support the modernization of core business systems (mainframe or non-mainframe based), to move and operate in the cloud,  part of the Micro Focus Hybrid IT management solution.

Underpinning that enterprise-class technology are decades of successful modernization projects and underlying best practice, as described in our newly released Modernization Maturity Model. Find me on Twitter or talk more.