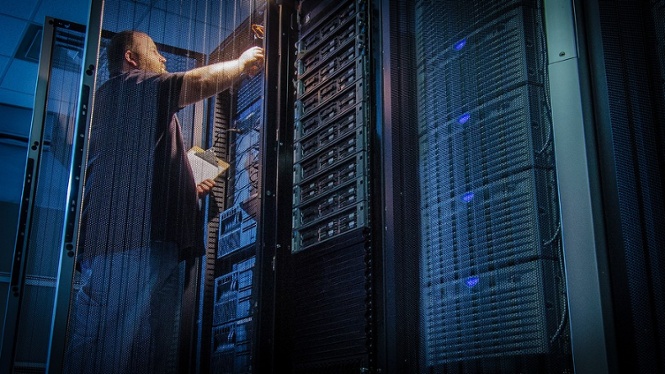 In fact, a recent survey by Government Executive Media Group, found that more than 30% of personnel within government agencies sometimes use their personal email for government business. Interestingly, 41% of surveyed civilian employees of the Defense Department surveyed claimed co- workers use personal email for work communication at least sometimes, which is 11 points higher than the 30 percent of the non-Defense employees who said their colleagues did so. Sadly, Less than 25% of respondents say they archive the emails in these personal accounts as required.

This use of personal email accounts for communication of government business is troublesome, because it circumvents proper oversight and retention requirements as established by federal regulation.

Government agencies need to ensure that employees are aware of these guidelines and that the use of government issued email is mandated. Agencies also need to be aware that not only must email message data be archived, but the Federal Records Act requires all electronic communication data must be archived, including social media posts, instant messaging, and mobile device communication data like Blackberry text and pin messages.

Federal Regulations state that official government correspondence needs to be secure, preserved, and easily accessible. Furthermore, it is stated that the head of each Federal agency must establish a records management program to preserve records, and submit them to the National Archives. These regulations and codes include, but are not limited to:

According to the National Archives and Records Administration, all government agencies, are required to manage all email in an electronic form by the end of 2016

Through the use of the BlackBerry Audit and Archiving Service (BAAS) – powered by Retain, government agencies remain compliant with regulations and enforce policy by monitoring and archiving all mobile communication data, as well as archiving email messages, social media communication , instant messaging and web searches.

The data is accessible by end users and administrators directly through the WebAccess Archive Viewer. This capability also enables government agencies to quickly access, search, and audit the data, as well as to easily place litigation holds, print, forward, save, redact, and export the message data, ensuring transparency and preservation of all official communications. The archiving solution can be deployed on premise, or in the cloud.

Here is a great recorded webinar detailing the capabilities BAAS for archiving your electronic communication.

BAAS archives SMS/MMS text messages, BBM®, BBM Protected, PIN and phone call logs for BlackBerry devices through the use of the BlackBerry Enterprise Service (BES). BAAS pulls the data directly from BES, itself. Individual device communication is tracked and logged directly from BES, through the use of BES log data, and delivers that data in a usable and searchable format. This data is archived in one central location, where it can be easily reviewed, retrieved, discovered, and published. If a device is destroyed or if a user deletes data from the device, with BAAS, organizations remain compliant because all of the data has already been captured and stored within the archive.

BAAS delivers secure encrypted SMS/Text messages and a dedicated business phone number for iOS. BAAS separates corporate communication data from the employee’s own personal data. All encrypted SMS/Text messages and dedicated business phone number data is pulled down from the secure server, via the Retain Collector. The Retain Collector then routes that data directly to the Retain Unified Archive. There is no need to tether or sync the device and archiving is done in real time. This makes BAAS the only enterprise-ready solution for iOS archiving.

BAAS operates through a lightweight app that is installed on each device. This app captures all SMS/MMS, and phone call log data. For encrypted communication, BAAS pulls all encrypted SMS/Text messages and dedicated business phone number data from a secure server. The captured data is then automatically sent to and stored in your BAAS archive in the cloud or on-prem.

BAAS also provides multi-platform unified archiving of email for Microsoft Exchange, Office 365, Gmail, & Groupwise. All messaging data, including multi-platform email, appointments, files, and attachments, is archived into one unified data archive. This gives you the ability to search, publish and perform eDiscovery from one central location.

Who is using Retain & BAAS?

Many government branches and organizations, including the US Marshall Service, EEOC, the US Border Patrol, Department of Defense, and the Department of Homeland Security, Department of Justice, among others currently use this solution to maintain compliance and ensure oversight of employee electronic communication.

The GWAVA and BlackBerry Joint Solution

For nearly ten years, GWAVA and BlackBerry have partnered to provide a means to archive electronic communication data. The BlackBerry Audit and Archiving Solution (BAAS) archives BlackBerry mobile communication, as well as other types of data such as email, social media, instant messages, and web search data.

December 2007, GWAVA and BlackBerry entered a partnership to develop archiving for BlackBerry which led to a new product: Retain for BlackBerry. This solution integrated directly with the BlackBerry Enterprise Server 4 (BES) to manage and archive the data from BES logs, including SMS/MMS text messages and emails sent from BlackBerry devices.

Finally, in February 2014, BlackBerry furthered their partnership with GWAVA by entering into an agreement to offer Retain to all BlackBerry Enterprise Service customers. In this partnership, BlackBerry began to offer Retain as the BlackBerry Audit and Archiving Service (BAAS), thus expanding the solution’s archiving and auditing capabilities for BBM conversations, PIN, SMS/MMS text messages, BBM Protected across BlackBerry, and now including Android, and iPhone devices, while also archiving phone usage data for BlackBerry smartphones, including BlackBerry 5, 10, 10.1+ and 12.

The BlackBerry Audit and Archiving Service is a powerful and useful tool. Companies and organizations who know of its capabilities speak to its ease of use and its cost-saving features. They recognize the need to remain compliant and to archive their electronic communication data at all costs, because in this information age, the means to archive, manage, and to quickly and easily produce the data is imperative. BAAS is the tool that they use.

To learn more about the need of government agencies and individuals to have oversight of electronic communication through archiving and monitoring, visit http://www.blackberryarchiving.net

Photo Credit: U.S. Department of Agriculture is licensed under CC BY 2.0