IT Skills – Strategic Planning in the Financial Services Sector 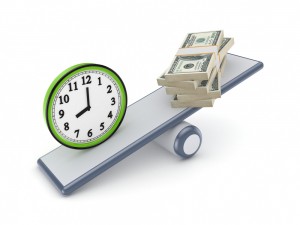 The digital age sees many IT budgets on the rise on an annualised basis[i], and this is equally true for financial services organizations. However, for an organization to keep pace with technology changes, investments in people and skills are equally key. The skills profile of the organization rarely matches the skill requirements of the near term. So IT leaders, responsible for core banking systems, tasked with ensuring their teams can deliver the banking systems needed to support growth, the challenge is stark: ensure core IT skills match the growth strategy of the bank, now and into the future.

Banking complexity, however, continues to grow. With each passing year more and more IT is added to the mix as banks accelerate to support the digital age and a more demanding client base. However, internal IT documentation has deteriorated, as has internal knowledge of the business systems, while suitably skilled staff is finite, and busier than ever.  And for the majority of organizations, a long term skills plan does not exist[ii].

The very resilience of many organizations’ mature applications, typically run on IBM mainframes in computer languages such as COBOL and PL/I, presents IT leaders the challenge of maintaining systems whose longevity few had predicted with skills that are, often, no longer in liberal supply.

These applications, often decades old, continue to provide intrinsic business-critical value and are effectively the lifeblood of the organization. Large scale overhauls or replacements are highly complex and extremely risky, and stories abound with disastrous attempts to replace core systems. So, keeping these vital internal systems up-to-date and fully maintained is therefore an operational imperative and often forms the cornerstone of technical strategy.

Recent Vanson Bourne research suggests that more than half of respondents have no difficulty finding IT workers with mainframe application skills. However, to ensure the long-term success and value of these core applications, Development Directors must ensure an appropriate future supply of application expertise.

Planning ahead for the right future workforce will involve considering technical skills, procedures and workflow, as well as the choice of technology.

Building a New IT Generation

Core banking systems, and the means in which they are created, have proven themselves over time. Considering the amount of business intelligence invested in them – and the inherent complexity that will make a wholesale replacement extremely difficult – training a new crop of developers to maintain core systems represents the most practical, flexible and cost-efficient solution.

To do the right job, successful organizations need the right people with the right skills. To establish the right future supply, they need tools that bridge the gap between the skills they have and the experience they need.

Modern technology has been developed specifically to attract the broader range of skills required to maintain and develop vital core banking systems. This offers a path that enables a new generation of enterprise developers to meet the future needs of the business and resolve any resource challenges being faced. This technology has provided improvements of 50% in terms of throughput of changes in the financial services and other sectors.

Aligning an IT resourcing strategy with new technology that supports core system evolution will ensure flexibility, consistency, attract and retain vital knowledge and create the future generation of developers that FS organizations need.

Call Out – COBOL: The Cornerstone of Banking Systems

Thousands of organisations worldwide still use the COBOL computer language to build and run their core systems. 90% or more of the Fortune 100 are COBOL users. All but a couple of the top banks and insurers and other retailers use IBM mainframes, and they’ll be running COBOL code on them. In the world today, hundreds of billions of lines of COBOL code, more than any other language by some distance, quietly hums away in the background running the world’s economy. COBOL and mainframe technology both go back over 50 years. But over that time each technology has been invested in and evolved to remain relevant and viable in the modern era. IBM has just released its most powerful ever mainframe, z13, while COBOL has evolved, thanks to Micro Focus and others, to be a modern standard that supports all the new age technology such as digital and cloud.

COBOL works across a huge variety of platforms, and thanks to Micro Focus always has done. Over 500 platforms where those core systems can reside, from the largest mainframe to the most modest PC. Important for organizations who have to provide a mixed IT environment for business reasons, and that is quite typical. In most server rooms you’ll find an eclectic array of servers. COBOL is one of the few common denominators.

Change in IT is one of the few constants everyone can agree on, and core systems built on COBOL and mainframes continue to be updated. IBM reports continued growth in the use of mainframe horsepower (known as MIPS). Much of this is COBOL systems. The digital economy is forcing a wholesale rethink of how to approach business. One bank reported recently over 3 times the internet traffic all accessing their mainframe systems because of the advent of their mobile banking facility.  Customers are expecting no delays, no difference in the service. 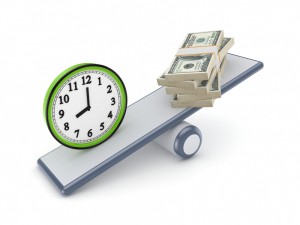 Of course there is the option to rip and replace core systems. However, there are several high profile horror stories of major IT overhauls that went wrong. These are very complex undertakings, but what’s also worth noting is that a replacement project consumes time, money and adds a lot of risk to provide the same IT system in a different guise. The Standish Group Chaos Report cites a 40% failure rate implementing new off the shelf packages; rate is higher still at 70% for rewrites in another language. Worse still, other independent studies (for example one from CAST Software) state new systems may be 4 times more costly to maintain in another language than they would have been in COBOL. 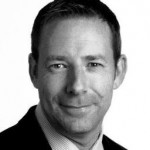 [ii] While 80% of respondents don’t have a concern over skills now, 55% of System z sites don’t have a talent plan for mainframe skills – source: IBM, Mainframe Skills, the Myth and Reality, SHARE, March 2015