Enterprise DevOps – an IT evolution 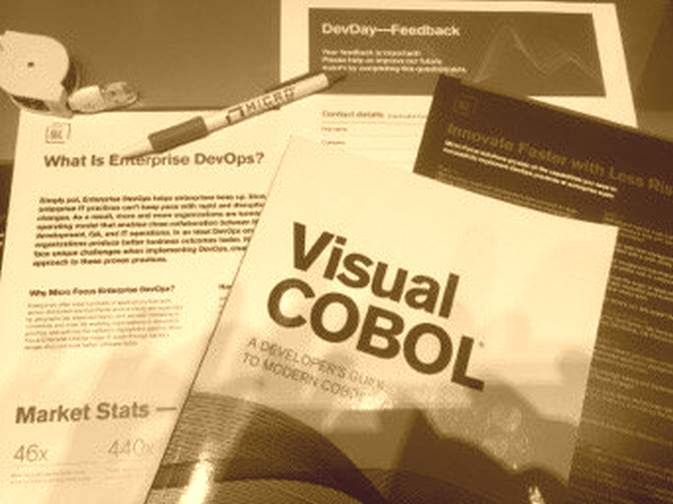 Surrounded by delegates from major IT shops, the events took me back to the days when I worked for financial services companies. I helped release software for electronic performance support systems, hosted on the same servers that supported all North American brokers.

Broker trading systems are responsible for connecting with financial exchanges for buying and selling of stocks and securities, hundreds of thousands of transactions daily worth millions of dollars. These systems are the life-blood of financial services companies, who are at risk of fines or even losing their license if there are serious IT outages.

One Friday, our system failed for a few hours. IT managers frantically scrambled to roll back to the last known stable system release.  This short outage led to the implementation of more rigorous quality, testing and release standards for all new deployments. One such standard was the use of the “lab” – an exact replica of the production system in a high security basement room.  The final week of a delivery meant a visit to the lab, the door being shut behind me in an airless closet of whirring servers and following a set of instructions from the QA team.  In the matter of a few hours the application was tested and ready for production. But due to the procedures in place, it was another two weeks before the application was released to the market. Things took as long as they took…

Meeting a few developers at #DevDay I asked them what it was like almost 20 years later.  They laughed when I told them about the ‘lab’ – the difference between then and now is that new applications and releases happen every day, that the market is constantly demanding new services, and there is no time for lengthy processes.  Development, operations and QA teams are concurrently executing on different phases of the software development lifecycle.  They use specialized tool sets with the goal of getting to market quickly and delighting customers.

And that is exactly where Micro Focus comes into play as we understand enterprise DevOps.

DevOps requires a fundamental transformation in the way IT builds and deliver applications. It’s not a sequential, waterfall processes anymore, its continuous build, test and deploy. In the larger Enterprise, it must embrace the complexities of a myriad applications, platforms, tools, skills, locations and data centers. As simple a model as DevOps is in theory, Enterprise DevOps is making this work at scale.

Aside the complexity, Enterprise DevOps is all about speed. To remain relevant today, every business in the world is being disrupted by data, by speed of innovation. Speed matters. Many industries are accelerating the pace of innovation and they need to get speed without compromising quality. Business relevance is not counted in months or years, it’s counted in minutes and hours.

Ed Airy opened the day with a discussion “What is Enterprise DevOps and why is it different?”   He discussed how the enterprise needs to move just as fast as next generation companies to keep up with innovation while at the same time maintaining and shifting heritage systems.

Renato Quedas led a discussion on “Embracing Continuous Integration” discussing how integration is the starting point in the whole CI (Continuous Integration) process chain how every member of the Dev team can access—and change—the source code and make those changes available to all the other members.  He then demonstrated how with Micro Focus Source Code Management (SCM) tools in combination with Subversion or Git, developers can manage change, integrate, build and test.

When I recall my day in the ‘lab’ I can only think that we were on the ground floor defining the needed steps that would create future innovations.  After my discussions with developers at #DevDay, I found that they not only embracing the new but they are moving at new speeds and innovating faster.

Interested in attending the next #DevDay? Register here I look forward to seeing you soon!