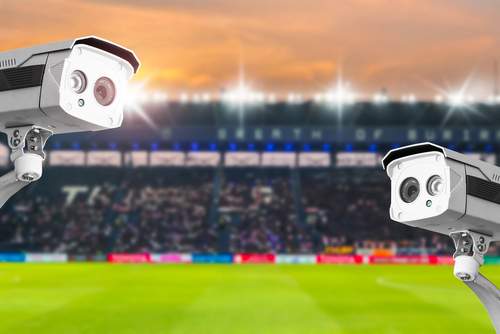 Espionage in the beautiful game…

For as long as people have played competitive soccer, there have been clubs who would rather not wait until matchday to discover their opponents’ match strategy and formation. It rarely ends well.

In 2013 a coach of Italian side Genoa was caught spying on rival team Sampdoria, in full camouflage, ahead of a local derby. Nothing to do with us, pleaded Genoa. During training for a World Cup match, Chile coach Jorge Sampaoli took his players off the field as a local TV broadcaster’s helicopter clattered overhead. Similarly, a drone supposedly spied on the France team.

The England team prepared for the 2016 European Championships in France by posting security guards, and erecting a 9ft tarpaulin around their training base in Chantilly. It made no difference. The team exited the tournament early, defeated by the mighty Iceland.

England fans know that they’re not great at repelling opposition strikers. This record is matched only by their inability to keep snoopers out.

Back in 1993 the England team were in Oslo, Norway, ahead of an important game. Fearing their training sessions were being monitored, they moved – directly below the bedroom window of Norway’s leading football reporter. England lost the match 2-0.

But as this story explains, the English Football Association (FA) are taking no chances (or fewer, anyway) for the next tournament – the FIFA© World Cup© in Russia next year.

In summary, the national football team and support staff will bring their own wi-fi. Public hook-ups and hotspots will be shunned, firewalls bolstered and protective software strengthened. They fear the pro-Russia hackers, Fancy Bears, who have already targeted some international footballers and British Olympians, could get at confidential team information. 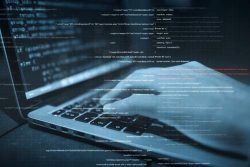 What’s this got to do with me?

Well, if you want to protect your data, then plenty – just swap ‘team sheets’ and ‘player fitness reports’, for ‘company secrets’. And it doesn’t take determined online activists to breach your backline. Anything that can appear on a laptop or downloaded to a phone can be stolen, lost, or left somewhere. If your people can access your data with a password, so can other people. Like the England team training beneath a bedroom window, all your secrets could become public knowledge, put online or held hostage.

So, like England at the World Cup, maybe you need to strengthen your defence. Take a look at the seven integrated endpoint security solutions on the ZENworks® home page. The squad includes identity-based endpoint protection through the  ZENworks Suite of Endpoint Security Management solutions. They can help secure your network and ensure your corporate devices follow compliance standards.

If managing the England Football team really is “the impossible job” then maintaining security for hundreds or thousands of devices and applications, numerous assets, an unending list of software patches and a constantly-updating request list can’t be far behind. But unlike Gareth Southgate, the England manager, you can put the ZENworks Suite on your teamsheet.

Find me on Twitter if you’d like to talk directly, or just aim for the top right corner to score a complimentary 60 day trial of ZENworks to play with….