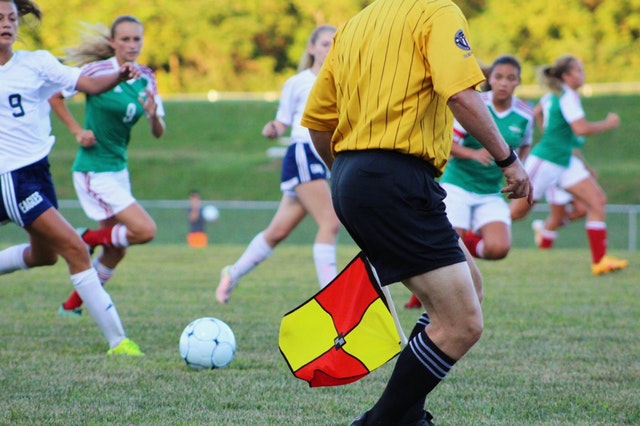 Over the past several weeks, the world has been watching the FIFA Women’s World Cup – a global soccer (or football if you’re not from the US) tournament, which highlighted some of the best athletes in the world and culminated in a landmark win for the US team.

With a school-aged daughter, I watched not just as a fan but also with an eye toward demonstrating what she could learn from the event.  Yes, there were some obvious takeaways, like working hard, being prepared, and listening to your coach.  But as I dug a bit deeper, it became obvious that there is more to learn from successful teams that could be applied not just to growing up…but also to growing as an organization.

For most IT executives today, growing is akin to digitally transforming the enterprise.  In order to stay ahead of the competition – or at minimum, not fall behind – the organization must look for opportunities to evolve.  By doing so, you can help drive new business models, serve new markets, and address under-funded departments or geographies, and more.

With that context, here are a few things I observed during the World Cup that you can apply to your digital transformation (DX) initiatives:

There is no substitute for speed in most sports, and that was certainly evident during the World Cup.  Having the ability to get to the ball before your opponent, or break away from a defender to receive a well-placed pass, was often the difference between success and failure.  In IT, speed is equally important, as building and delivering better software faster is core to keeping pace with your business demands and central to most DX strategies.  But there is one important difference between speed in the sports world and in the IT world. In the sports world, speed is largely innate – you either have it or you don’t.  In the IT world, there are technologies you can readily bring on board to help.  Take away:  Build a DX strategy that prioritizes Enterprise DevOps to ensure you move at the pace of today’s business. What is Digital Transformation?

Agility is central to long-term success

Often the two teams playing really couldn’t have been more different.  One was often a team that created occasional opportunities with its strength.  The other invented opportunities with its quickness, which allowed them to swiftly bypass challenges placed in front of them en route to easy scores.  One often sees similar characteristics in DX strategy development. Some build plans that are rigid and complex.  Other organizations look to develop an approach with enough flexibility to address future challenges.  Take away: By developing a Hybrid IT strategy that allows you to operate on premise, in a private cloud or a public cloud (or most often all of the above), you are more likely to stay on target and achieve lasting success.

A holistic approach to defense is a priority

Not every game in the world cup was won; some were simply lost due to a porous defense.  Many teams built their defense around a single player.  Others played strong team defense but didn’t have a goalie to match.  Some simply couldn’t marshal their resources to defend against a corner kick.  Many organizations encounter similar problems when developing a defense strategy, with different degrees of success in protecting their identities, apps and data.  This piecemeal approach leaves them exposed to risk that can manifest itself in breaches, fines, sanctions, lawsuits, erosion of shareholder value, and more.  Take away: Make sure you take a holistic approach to Security, Risk & Governance to make sure you are protecting all that matters most to your organization.

Break to where the ball is going

The best players always seem to break to a passed ball before a teammate even looks in that direction.  This naturally gives the offensive player the upper hand in getting there first and often leads to an easy goal.  The key to this, of course, is knowing where the ball is going (and of course the precision to execute).  In DX, we too have to know where the ball is going in order to achieve success.  This means getting closer to end users in order to anticipate their long-term needs, whether that be directly through conversation or indirectly by analyzing trends and needs.  Take away: Make sure you look for a DX technology provider with depth in predictive analytics, and which can apply it to many situations so you can be sure you’ll be in the right place at the right time.

Don’t lock in on a single step

Often, a losing team’s defenders seemed to be laser focused on the ball at the opposing player’s foot, and were often quickly left behind with a sudden change of direction.  In IT, we aren’t immune from this type of thinking either.  Some organizations quickly jump to a conclusion that the only way they can achieve DX is to start all over and rip-and-replace tried-and-true systems and processes.  This may seem initially appealing, but this tack often traps you into a very narrow set of opportunities for a path forward, which can lead to risk as directions inevitably change.  Take away: Look for an IT vendor that can help you modernize core business systems and take revolutionary steps at the same time, instead of myopically focusing on just the latter.

With these lessons learned from some of the most successful teams in the world, you too can digitally transform your business with the highest level of speed, while accomplishing it at lower cost and risk.

Micro Focus is optimized to help you achieve this.  Earlier this year, we announced our intention to focus on the four core pillars of DX: Enterprise DevOps, Hybrid IT Management, Security, Risk & Governance and Predictive Analytics.  With a strong portfolio, deep expertise, and a toolset with the built-in flexibility to help you start fresh and/or to modernize your core systems, we are a strong partner to help you achieve your DX objectives.