DevOps Will Not Replace Ops 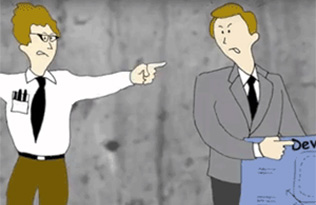 There are times when I hear things about DevOps which just don’t seem to make much sense.  Sometimes the statements are quite destructive and, in my opinion, make Dev and Ops collaboration so much harder.

Recently, I heard yet again that DevOps will result in Dev taking over Ops responsibilities, essentially reducing the need for people in Ops.  I don’t agree.  The role of staff in both development and operations is changing.  Operations staff are more likely to have development skills and spend more time automating tasks.  If you think about it, this makes sense.  Giving developers self service access isn’t about giving up control.  In order to give self service access, the controls will still be in place. But, instead of being done each time by a human gatekeeper in operations, the control will have been implemented in processes and automation managed by people who were once gatekeepers in operations.

Operations is a very specialized role.  The tasks Operations staff work on are not so trivial that they can be simply handled by any developer.  If anything, I see the role of operations becoming even more important in the future.

For more, take a look at this fun 2-minute video of what DevOps is all about.  You’ll see that DevOps is about Dev and Ops collaborating and working together.