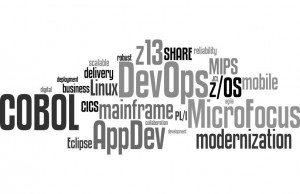 In an IT world that seems to be accelerating all the time, the clamour for faster delivery practices continues. Derek Britton takes a quick look at recent press and industry reports.

In many customer meetings I tend to notice the wry smiles when the discussion turns to the topic of IT delivery frequency. The truth is, I don’t recall any conversation where the client has been asked to deliver less to the business than last year. No-one told me, “we’re going fast, and it’s fast enough, thanks”.

The ever-changing needs of an increasingly-vocal user community guarantees that IT’s workload continues to be a challenge. And this prevails across new systems of engagement (mobile and web interfaces, new user devices etc.) as well as systems of record (the back-office, data management, number crunching business logic upon which those systems of engagement depend for their core information).

Moving at pace, however, needs to be carefully managed. Less haste, more speed, in fact. Gartner says a quarter of the Global2000 top companies will be using DevOps this year. Let’s look to another deadline-driven entity, the press, for a current view.

Speaking to a conference of over 400 at a DevOps conference in London, ING Bank global CIO Ron van Kemenade says investment in new skills and a transition to DevOps is critical as the bank adjusts to a mobile and online future through its “Think Forward” digital strategy.

“We wanted to establish a culture and environment where building, testing and releasing software can happen rapidly, frequently and more reliably. When beginning this journey we started with what matters most: people,” van Kemenade says.

Putting the focus on engineering talent and creating multi-disciplinary teams where software developers partner with operations and business staff has led to more automated processes, a sharp reduction of handovers and a “collaborative performance culture”, he adds.

Speaking at the same event, Jonathan Smart, head of development services at Barclays, talked up an eighteen-month push by the bank to incorporate agile processes across the enterprise

Over the past year-and-a-half, the amount of “strategic spend” going into agile practices and processes has risen from four percent to more than 50%, says Smart, and the company now has over 800 teams involved

To accelerate its own transformation, BBVA has adopting a new corporate culture based on agile methodologies. “The Group needs a cultural change in order to accelerate the implementation of transformation projects. It means moving away from rigid organizational structures toward a more collaborative way of working”, explains Antonio Bravo, BBVA’s Head of Strategy & Planning. “The main goal is to increase the speed and quality of execution.”

Little wonder that the IBM mainframe community organization, SHARE, is continuing a significant focus on DevOps at the forthcoming August 2016 show in Atlanta. Tuesday’s keynote speech is called “z/OS and DevOps: Communication, Culture and Cloud”, given by members of the Walmart mainframe DevOps team.

Meanwhile, an article featured in Datamation, and tweeted by SHARE, provides further evidence and arguments in favour of adopting the practice. It cites a report from “2016 State of DevOps Report” which says, “[Developers using DevOps] spend 22 percent less time on unplanned work and rework, and are able to spend 29 percent more time on new work”

Of course, Micro Focus are neither strangers to SHARE nor to DevOps. At a recent SHARE event, we attended the DevOps discussion panel, discussing technical, operational and cultural aspects.

“Competitive differentiation depends on [organizations’] ability to get software capabilities to market quickly, get feedback, and do it again”

Of course – not everyone is convinced

Modern delivery practices aren’t for everyone. And indeed some issues sound quite daunting. Take Cloud deployment for example.

We are treated to a variety of clichés about the topic such as “ancient realm” and “the archaic programs”. However, the publication failed to notice some important things about the topic.

Central to the piece is whether COBOL based existing systems could be “moved” to another platform. The inference was that this was an unprecedented, risky exercise. What’s perhaps surprising, to the author at least, is that platform change is no stranger to COBOL. Micro Focus’ support of over 500 platforms since its inception 40 years ago is supplemented by the fact that the COBOL language, thanks to our investment, is highly portable and – perhaps most importantly in this case – platforms such as the Cloud or more specifically Red Hat (alongside SUSE, Oracle and many other brands of UNIX too) are fully supported with our Micro Focus range. That is to say, there was never any issue moving COBOL to these new platforms: you just need to know who to ask. 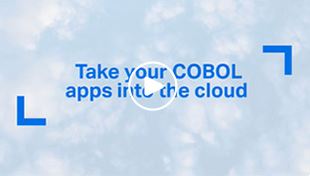 Anyway, I can’t stop for long, we’re moving fast ourselves, continuing the DevOps discussion. Upcoming deadlines? Find us at SHARE in Atlanta in August, or visit us at a DevDay in the near future, or catch up with us on our website where we’ll be talking more about DevOps and smarter mainframe delivery soon.