DevOps – a faster voyage of discovery

Tackling IT change is adversely affected by the complexity of the application landscape. Yet, problems getting up to speed in enterprise IT systems might be a thing of the past, as David Lawrence learns in his first Micro Focus blog

Anyone been asked to do less this year? Thought not.

Anyone been able to simplify their IT systems recently? Figured as much…

As IT teams continue their turnover, and the rate of change required to keep decades-old portfolios productive increases, the ability to mobilize and plan for change is coming into sharp relief.

Yet, as the article from CIO magazine describes, the impending shortage of COBOL programmers will complicate efforts to keep these assets productive. Moreover, the increasing IT backlog (referred to by others as “IT Debt,” for example in this 2010 Gartner report) illustrates the urgency of improving the productivity of new developers as quickly as possible. A team that has been in place for decades, and has probably created a significant proportion of the portfolio they are now maintaining, will have an easier time keeping up with the backlog than will a team of individuals who are unfamiliar with the code.

Application discovery is a necessary part of the work of a developer, or programmer, who is new to a project or to a part of the application portfolio they are unfamiliar with. Traditionally, it is a trial and error process consisting of searching through tens or hundreds of source files, deciphering cryptic comments and locating references to significant data elements. And the language of these core systems? More often than not, COBOL.

The benefits of replacing error-prone manual tasks with automated tools are well understood and form the bedrock of the rationale for the DevOps initiative.

Understanding of an application is crucial not just to get the new programmer up to speed. It’s also necessary for performing due diligence and following good practice. Compliance and oversight rules in organizations I speak with mandate that the impact of a proposed change to an application in production must be thoroughly understood, and usually documented in the form of an impact analysis, before the change can be deployed to the production environment.

DevOps is about automating as much of the application lifecycle as is feasible, to shorten time to production and reduce errors and resulting delays. This includes the early stages of discovery, analysis, requirements gathering, and so on.

The traditional means of discovery and analysis  of mainframe applications is a manual, and usually unbounded task, difficult to schedule and plan.

If we take the DevOps perspective of seeing what could be done to eliminate application discovery – usually a laborious, manual effort – it holds that this is an activity that is ripe for automation. What if, instead of chasing through one file after another, the programmer had at his disposal, a means to quickly and accurately visualize the structure and flow of the application? Such a solution could be used to not only reduce the effort of discovery, it could also automate another crucial task: Complete and accurate impact analysis. Application updates have been known to fail in production due to an inadequate understanding of the impact of the update.

Solutions from Micro Focus and other vendors help automate discovery by automatically creating a visual representation of the application. By revealing artifacts like control flow and data references in an IDE instead of through the ISPF editor, the new programmer’s task of familiarizing himself with a new application is simplified. At the same time, the capability to automatically create impact analysis reports helps move your organization further along the path to DevOps.

Better yet, the same analysis information can be provided not only at the stage of initial examination (potentially scoping out a task for others), but also at the point of change, when the developer needs to know what to change, where and why, and what impacts this will have. 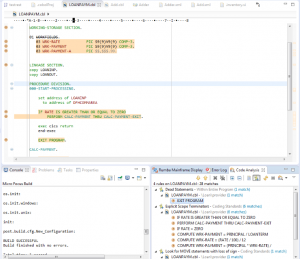 Figure 1Automated analysis at the point of change

The demographic trends in the IT world are helping to exacerbate the IT backlog issue. People who know these systems may have moved on. Or the task of maintenance has been sub-contracted out to a team of staff who have no familiarity with the system. The increasing velocity of business and new models of customer interaction are additional factors in adding to the workload of COBOL programmers. A solution that speeds up development activities and reduces the risk through elimination or reduction of manual steps, makes a lot of sense. Moving the organization closer to their own DevOps objectives involves automating as much as possible – starting with knowing the systems being changed, using technology such as Micro Focus Enterprise Analyzer, should be seriously considered. 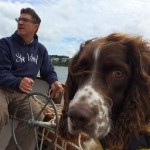