COBOL: the language for future generations 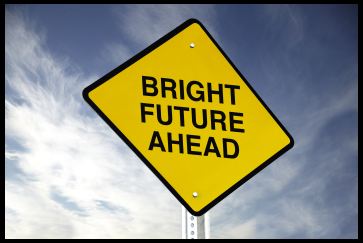 After many busy years of getting to grips with the latest programming language, it’s time to venture out into the daunting world of jobs. Learning older programming languages such as COBOL as well as more modern languages is something few, within today’s generation, consider – but in many cases it’s this very skill that employers in the business industry are looking for.

This blog explains why so many organizations still value COBOL and how broadening your existing skill set by learning the language can give you competitive edge when it comes to landing a great job.

COBOL makes the world go round
Grace Hopper brought COBOL into the world in 1959. Over fifty years later, it powers 70 percent of all business transactions. COBOL is everywhere – from ATMs, to point of sales systems and healthcare prescriptions. “The language is present within 85 percent of the world’s business applications”[1], and it’s place in behind the scenes business software is as prominent as ever. COBOL is woven far too deeply into the business world to simply tear out and throw away.  The world would  be a very different place.  Without it in many situations, communications around the world would collapse.

COBOL: the language of longevity
Despite these facts, newer languages appear to be the popular choice as they frequently catch the eye of the younger generation developer.  The world’s application do need different languages.  But certain languages are better at certain tasks than others. For instance, COBOL’s strengths lie in processing financial-style data and number crunching. Java and C# are used more effectively in the front-end user experience. Languages must be for fit for purpose: “The problem to solve should determine the language to use.”[2]

So why do organizations choose to keep COBOL instead of rewriting applications using the latest one? After all, keeping up-to-date with the latest technology is important in IT. But when other factors are taken into account – the length of downtime during transition from old to new, the fall in return on investment it triggers, the amount of resources it uses, the training involved – the thought of a ‘rip and replace’ loses its appeal.

As many as 75%[1] of all rewrite projects have resulted in failure. Businesses which already have COBOL established in their systems are unlikely to wake up one day and replace it with Java. Newer languages have not had the chance to stand the test of time, so no-one knows how robust they will be several years down the line. That risk could cost an organization, the business.  So for many, COBOL is here to stay.

The pending problem
The significant concern is that those skilled COBOL programmers are disappearing without being replaced, forming a widening skills gap. Development teams also often work in siloed environments, broken down by programming language or the tools they use, which can inhibit application development. But there are many positive reasons to learn COBOL. The next generation of developers must pick up COBOL skills and carry them forward into the future.

COBOL is robust
It’s been adapting to business change for decades, so it really knows the ropes when it comes to keeping things running. Throughout its life so far, it has come across many different obstacles – such as new platforms and devices – and has (with the sponsorship of Micro Focus) met each of these challenges. It even integrates with the next generation of modern languages, such as C#, Java, and VB.NET.

COBOL is intuitive. It’s easy to learn because of its English-like structural components and it has been ported to virtually every hardware platform. It runs within modern IDEs – Visual Studio and Eclipse – so there’s no need to worry about learning a new toolset. COBOL is the perfect language to broaden the coding experience – and it’s a language skills desired by employers. Why wouldn’t you learn it?

It could make you much more marketable in the jobs market: “the more languages learned by developers the better, as a range of abilities will increase their chances of employment.[3]”

Visual COBOL: a modernized language
As the COBOL developer cooking pot boils dry due to retiring veterans, there is likely to be an increase in demand for COBOL developers. Learning COBOL could therefore make you highly desirable.There is a real need for greater community collaboration between academic universities and business organizations.

Micro Focus Visual COBOL enables older and newer languages to unite in a familiar environment. It enables COBOL teams to work in the same development environment as the Java or C# developers, so they can collaborate effectively. It also provides an easy-to-use environment which assists modern language developers in picking up new COBOL skills. Forget green screens – its modern development IDE is elegant, efficient and a powerful tool for the modern application developer.

Academic program
Micro Focus’ Academic Program supports this initiative, providing the latest tools and technologies to help build the next generation of COBOL developers. Students, educators and businesses are joining forces to bridge the skills gap. Why not join them today?

Micro Focus Visual COBOL Personal Edition helps fine-tune your skills and gain experience. Working with the IDE of their choice, students and aspiring developers can take full advantage of the new capabilities available within this innovative development environment. Take this opportunity to learn the enterprise language behind 70% of today’s business transactions.

To learn more about how Visual COBOL bridges the skills gap, watch this inspiring animation and check out www.microfocus.com/bridgethegap to see how you can get involved.