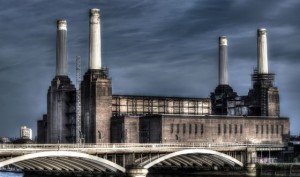 “In the last few decades, the two most understatedly popular bits of tech are COBOL and vinyl records”. Discuss.

For decades, just as COBOL was the go-to programming language, the 33 rpm vinyl LP reigned supreme. But as cassettes, CDs, DATs and latterly downloads appeared on the scene, the death of vinyl was duly recorded. All those 12” copies of Dark Side of the Moon were consigned to the attic.

Meanwhile, COBOL kept going in its quietly efficient and unfussy way. In fact, COBOL is 60 years old. Curiously, this ‘stickability’ attracts negative press. 2015 has already produced this Mashable article using data from Experts Exchange to highlight the ‘most Tweeted’ programming languages. COBOL isn’t there. How Tweeting measures popularity isn’t clear, but COBOL also fails to make Mashable’s Top 10 languages to learn. COBOL also features very late in the piece of this programming language popularity list in eSchool News. The IEEE’s paid app lists the top 20 languages. Save your money. COBOL isn’t there, either.

This all contributes to a well-established narrative – COBOL has gone the way of the gatefold LP and the next generation of developers should look elsewhere if they want a career in programming. 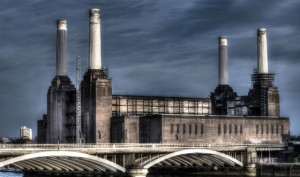 But all of these articles miss a key point. COBOL will never be the sexiest of languages. But that is not what COBOL is for. COBOL is the language of business, of 81 of the Fortune 100 organizations. Ask mainframe owners, banking, insurance, logistics organizations – or anyone processing big volumes of data and running business-critical enterprise applications – if they want ‘sexy’, or just what works.

Sure, there are competitors. This Mashable map shows huge swaths of Java blue covering North America. But Java is more than 20 years old. So why is ‘COBOL/old equals bad’ for those who never think to challenge it?

Eclipse for Us and Them

Tellingly, the COBOL lynch mob never includes actual COBOL customers. Perhaps this is because the technology has, despite the received wisdom, moved with the times. The new generation of COBOL application developers have application innovation at their fingertips, whatever their platform. The powerful IDEs within Enterprise Developer and Visual COBOL integrate with Eclipse and Visual Studio to enable a new age of flexibility for COBOL developers working on IBM mainframes and distributed platforms respectively, but this, inconveniently, doesn’t fit ‘the COBOL is the progressive rock of programming languages’ script.

But the innovation running through this tech is music to the ears of developers and for those upstairs. Because with a little retuning, the future business value of these COBOL applications will fuel technology investment, including modernization. And these applications will remain as COBOL, because few CIOs want to risk the organization’s day-to-day, lifeblood processes. Applications need maintenance, so fuelling the search for developer talent to work in COBOL and PL/I. COBOL? Not a language choice for students?

Page 4 of the eSchool piece does reference COBOL for those students looking “to become a programmer in the business world”. And this blog from the SD Times also sets the case for learning COBOL as a good career move. You want Top 10 lists? Here are e-week’s reasons why COBOL is still kicking and, a little less objectively, we blogged about it too. The TIOBE index, a key barometer of usage and interest, puts COBOL at a lofty 13th position in their global language rankings for January 2015 – an all-time high, by our estimates.

See also Datamonitor who, as far back in 2008, were reporting that COBOL would continue to drive value in the next century – the same time as this piece in the NY Times detected a glimmer of life in vinyl records. A popular soundbite records that there are currently 200 more times COBOL transactions than Google searches worldwide just as Dark Side continues to clock up regular sales – 45 million and counting.

So aside from the fact that people still like COBOL, vinyl records and Pink Floyd’s masterpiece – the same demographic may well appreciate all three – what does all this tell us? For technology students launching or diversifying their programming career, it is that COBOL, PL/I and Java are all legitimate choices, because anything that isn’t as time-proven might be a little bit, well, DAT.

For CIOs, the lesson is that a mixed language skillset makes for a better candidate. We are supporting the next generation of COBOL developers through our Academic Program. Perhaps you should be, too? Your business model depends on the availability of developer talent. It is your own future you are investing in.

In 2014, the sales of vinyl records hit a resurgent high, underlining the fact that real value is only proved over time. That’s why, despite all the years of negative messaging around COBOL, Micro Focus are happy to continue to invest big money in our flagship product. Because with other programming languages – step forward Fortran and Pascal – already proving to be less resilient than COBOL, a pale imitation of the real deal.

In conclusion, I would extract a final metaphor from this story. Micro Focus was founded three years after the release of Dark Side of the Moon and like the Floyd, our success has been built on, and run in parallel with, one of our earliest releases.

We are proud of our flagship product and just as digital remasters, anniversary re-releases and hardcore Floyd fans bridge the old with the new by drawing new listeners to Clare Torry’s stunning vocal gymnastics on Great Gig in the Sky, Visual COBOL continues to attract new customers and impress current users alike with its flexibility and performance. Modernization never looked, or sounded, so good.

Waiting for someone or something to show you the way? Then visit the Visual COBOL page, book a Value Profile Service or talk to an expert about Visual COBOL. #COBOLrocks