4 Potential Use Cases of Archiving 2.0 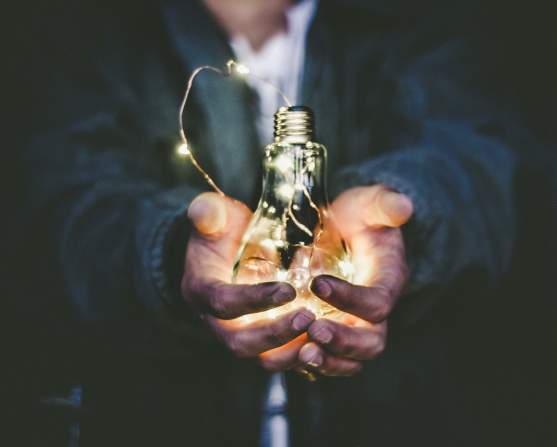 Information archiving started as a solution that allowed organizations to reduce stress on email servers and solve the problem of slow, bloated inboxes. Eventually, as the business world grew more complex, archiving became more of a requirement rather than an option. Regulators demanded that organizations keep a complete record of all their email, mobile, social media, instant messaging, and other communications. We developed the Retain Unified Archive to meet these needs, complete with a suite of eDiscovery, search, and management tools to make the information easily accessible, useable, and safe.

While today’s archive provides great preparation and defense against litigation and audits, we have a much bigger vision for what archiving can do.

An archive contains thousands of messages and years of data. The future of archiving will be about actively extracting information, value, and insights out of that data. We call this Archiving 2.0, and, in order for Archiving 2.0 to happen, it needs powerful analytical tools.

Our recent merger with HPE software brings together a wealth of archiving and analytics software and experts – such as archiving platform Digital Safe and machine learning, analytics software IDOL – which enables us to collaborate and create archiving software that will deliver more business insights than ever before. The combination of these technologies will shape the future of archiving.

Archiving 2.0 will go beyond compliance. It will discover patterns, trends, relationships and abnormalities in an organization’s communication data, allowing businesses to understand and react to current events in real time while maximizing future opportunities.

What Could Archiving 2.0 Actually Do?

Archiving 2.0 insights would be specific for each department because, for example, HR, Sales, Support, and compliance teams would each benefit from different types of insights.

Here’s a look into the future. Imagine that each user has a “communications dashboard” that reports the patterns, trends, relationships, and abnormalities that they are looking for, each derived from the organization’s unified archive of business communications. The information they gain from these reports would help each in their specific responsibilities. Here are some examples:

Every leader knows the feeling that comes after holding a big meeting or making an announcement – you want feedback, and you want to understand how your organization really feels about what’s going to happen. You want to gauge if people are going to buy in, what they like, and what they don’t like.

The problem is, not everyone speaks up. In fact, most of the time, everyone just smiles and nods, until they get back in their office and fire off a couple of very opinionated emails.

Archiving 2.0 will help you gauge whats happening. This doesn’t mean snooping; it means analyzing the internal communication as a whole for insights. The communications dashboard could report trends – for example, a word cloud containing trends in phrases, words, and tone that gives you a general feel for the language and sentiment coming from employees.

With these insights your organization could accurately gauge employee sentiment and address dangerous situations before they become problems.

Imagine you hit your sales goals for three straight quarters, but in the fourth, sales start tanking. The quarter after that, things aren’t looking much better.

In an effort to understand what’s happening, the sales leader turns to his customized communications dashboard. Comparing the data sets from the successful quarters and the struggle quarters, he/she could find trends and patterns, such as:

Leaders could use these insights (and more) to create effective trainings that improve sales success.

Supports teams talk with end-users via email, phone calls, instant messages, etc. If the manager of a support line could analyze all of this data for trends and abnormalities, he/she could address issues in real time.

For example, he/she could come into work and look at the communications dashboard, which would show a word cloud of yesterday’s hottest topics. If everyone is talking about “support pack 2.1,” he/she would instantly know that there might be a problem. After drilling down into that communication data, he/she could find exactly what’s wrong and take care of it. By the time traditional information lines would have relayed the information, development would already be working on a fix.

Wouldn’t it be nice to catch risky behavior before it happens? This would allow companies to be proactive in compliance, rather than just waiting and hoping that nothing bad happens. The point of all of this wouldn’t be to invade user privacy, but rather to detect cases of extreme abnormality where risky behavior is almost certain.

Archiving 2.0 could provide  CSOs and Compliance/Risk Officers with real-time risk alerts, such as:

With this type of proactive risk avoidance and compliance, security and publicity disasters would be stopped in their tracks. Even if an incident were to occur, regulators would be satisfied that an organization did all that it could do to prevent it.

The Future of Archiving 2.0

The Micro Focus/HPE integration creates the perfect base for integrating analytics and archiving to create the Archiving 2.0 platforms of the future.

Archiving has already come such a long way – from a stale warehouse for data to a unified archive and tool for preparation and compliance. We are excited to see the benefits and business advantages that Archiving 2.0 will create for your organization.

Learn more by downloading the white paper below!