A ‘Freshers week’ at work?! 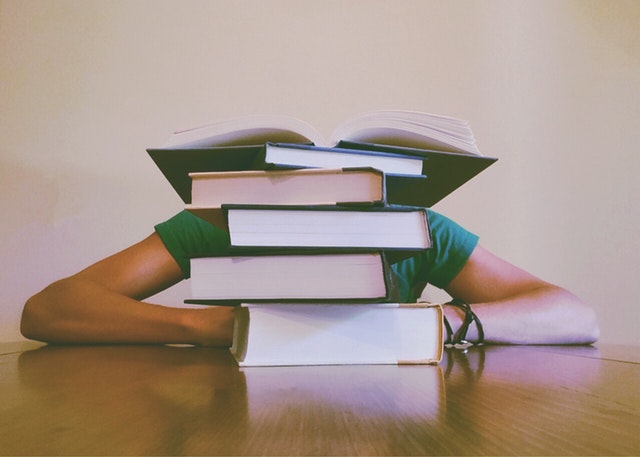 I arrived at Micro Focus headquarters in Newbury for around 12pm as I was travelling from Wolverhampton for the week. My Boss during my time at Micro Focus was Mark Plant who met me in reception to show me round the building (which is like the Tardis and a lot bigger than it looks from the outside) Once I’d done the grand tour I had to sort out my computer, email and work out how to log on and get access to everything.

After this was sorted I spent the rest of the day with Mark who took me through what Micro Focus does, and more specifically how he helps them succeed from the digital marketing side of things.

He explained that when people have an interest in a product, they will research it to find as much information about that product as possible. This can be anything from newspaper articles, social media posts to specialists/professionals opinions. This will then influence their decision on whether to purchase or not. Mark then went onto explain the various different types of digital marketing and platforms that they are active on. He also showed me how Micro Focus measure their website traffic data. Sessions, bounces, page views, time on page….all very confusing at first.

Towards the end of the day, Mark went through with me what my tasks for the week will be. One task was to create a blog-plan to promote an online Webinar. I was told it would be easier to make it about something I love, so I went with cricket and Mark realized that would make the blog post attractive to SIs in India which made him happy. Apparently System Integrators are very interested in the AMC side of the Micro Focus business. I also needed to help out with some social media coverage and organise tweets to go out from the Micro Focus Twitter handle. On top of all that, I had to write this blog which would only be published if good enough, so if you are reading it that’s good news for me.

Tuesday was a much earlier start. I met up with Helen Rigby who showed me how she has started a Micro Focus newsletter that is available to all their partners all round the world. The newsletter is released in 3 regions with the information on the newsletter being specific to each region. She showed me how the newsletter works, how easy it was to navigate via hyperlinks etc. and how it was able to be accessed easily via mobile devices so that even the busiest people could read it.

Match of the Day

Tuesday lunchtime meant football! 4v4 in Northbrook leisure centre. A highly anticipated fixture of team whites v team colours. I knew I wasn’t in the best shape of my life but I did not expect to be as out of breath as quickly as I was. A whole hour of end to end action took it’s toll. The colours took an early 6-0 lead with some great passing football, however the whites fought back into the game and were only 2 goals down at half time. A stern team talk for whites meant they came out fighting in the second half and despite both teams scoring in the end the whites came out on top. (For the record I can’t really remember the score but it was something ridiculous like 16-14.)

Tuesday afternoon was spent researching for my cricket based blog before spending some more time with Helen who showed me how they do their live webcasts. Alongside the software and how it’s all set up technically behind the scenes, Helen also showed me how she can monitor who has signed up for the webcast and how she can send out reminders globally right up to the day before the webcast. We then did a rehearsal of the webcast so I was able to see what it looked like from both the viewers and Helen’s perspective. I learnt how Helen groups questions from the audience into the same theme to make them easier for the presenter to answer. It’s really fascinating to see how it all works behind the scenes and the preparation required to make it work.

Today was a case of getting some of the tasks done that Mark had set me at the start of the week. Mark was not in the office today so in the morning I was able work on my blog and began to make connections between how the game of cricket has evolved from test matches towards T20 along a simliar trajectory as mainframe computers and agile development. I bet you’re reading that thinking ‘how does cricket link with Agile Mainframe Development?’ I was too, but we did make some great links so watch this space, Eddie Houghton will be publishing ‘his blog’ soon…….

Halfway through the morning I met up with Anna Wake who is the marketing manager at Micro Focus. She asked me to create some promotional tweets that would publicise the fact that Micro Focus is attending the GSE (Guide Share Europe) conference 2018 in November. The tweets are needed to raise awareness of where Micro Focus would be, highlight their session on DevOps and the mainframe, and ensure that followers knew the dates of the conference with a ‘save the date’ tweet. As well as this I had to create a schedule for when the tweets would be sent out. That way the Marketing team could ensure that the tweets were seen by people on Twitter at the right time to encourage them to register for this great event. Too early and people could discard them because the date is so far away, too late and not enough people will have the time to spare in their diary schedules. It really made me realise the detail and precision that companies go into to ensure they have the best possible chance of reaching the most people, and that without precision and detail the tweets could be a complete waste of time.

I woke up on Thursday very excited about the day ahead, partly due to the fact that Mark had told me he was taking me for a cheeky pie and a pint for lunch to say a thank you for my efforts…(but only if they were good enough!)

Mark went through the work I had done this week such as the blog, the promotional tweets and scheduling for the GSE (and AWS conferences) and this blog of my week here at Micro Focus. Mark was really pleased with my work I had done and the progress that I had made (which was a big relief, phew, the pie and pint was on AND he was happy). He highlighted what I did well as well as areas I could improve upon, so it was really good constructive feedback. I also a meeting with Anna again Thursday morning to go over the tweets and scheduling I had come up with yesterday for her. Both Anna and Mark were happy with the volume of tweets and the scheduling plan, but the tweets themselves needed a little tweak to make them perfect.

It was time for lunch and the pie and chips that Mark had been raving about. The Catherine Wheel in Newbury really didn’t disappoint. We walked there along the canal discussing the week and everything I had done before enjoying the perfect Moo Pie and a drink. What a great way to wrap up my time in Newbury. Good job well done Pieminister and the pub…

Finishing off a fantastic week….TG(oodness)IF

Today I was back home in Wolverhampton and waking up in my own bed was one of the best feelings in the world. I finished off my personal blog so Mark could go through it and check that it was good enough to be published. I also received my feedback which was some of the best I have ever had. Mark went into detail on what I did well and how I can improve, not only my CV but also areas of my professional behaviour in different situations. This gave me a real sense of achievement and has given me the drive to act upon some personal development areas. I feel really reassured about the career decisions I have already made and I now have self-belief in my ability to work hard and succeed.

My week at Micro Focus has been absolutely amazing, better than I could have ever expected. I experienced real work in a really professional environment and had a lot of fun along the way

So thanks Mark, Helen, the colours and whites, Anna and all the other members of staff that helped me during my week there. It was my absolute pleasure to meet you all and I am hopeful our paths may cross again one day. (So please let me know if you’re setting up a Graduate Recruitment Scheme for when I have finished Uni * – )