A Closer Look: The City Of Inglewood’s Application Migration 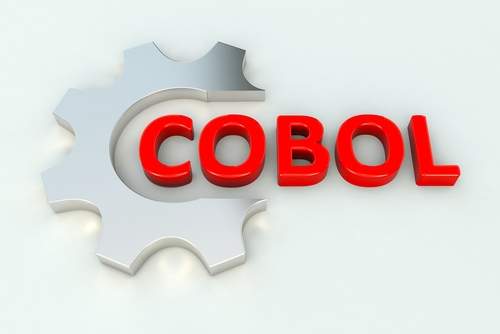 A chat with Michael Falkow, CIO and Assistant Manager of the City of Inglewood, about the recent migration of the City’s 911 emergency system using Micro Focus’ Virtual Mainframe Software

Q: When and why did you decide to move the city’s most mission critical application – The Computer Aided Dispatch (CAD) for 911 emergency services – from an IBM mainframe to a Windows server?

A: Moving the CAD system was the final step in a larger project that involved migrating the majority of the City’s systems off of an aging IBM mainframe. The two issues confronting the City were that the mainframe was not getting younger and replacement parts were getting more and more difficult to find, and the annual maintenance fees continued to escalate.  We needed to upgrade the whole system for a number of reasons – the main ones being safety and reliability – and it made financial sense to alleviate our dependency on the mainframe, which is why we undertook the project as a whole.

Q: Why did you choose Micro Focus to help you with this migration process?

A: For many of the City’s systems, the migration process was more or less straight forward, but the CAD system posed a greater challenge because we couldn’t afford any downtime with the system. The City of Inglewood receives between 250-300 emergency calls for service on a daily basis – more than all our neighboring cities combined. Even a short period of downtime could pose a significant risk to the safety of the City’s residents, and that simply wasn’t something we were willing to accept. For that reason, we turned to Micro Focus to help us with this application migration. They migrated the entire application from DOS/VSE on the IBM mainframe to Micro Focus Virtual Mainframe Software on a Windows Server, which emulated the old system, in essence “tricking” the applications into thinking they were still running on a mainframe. They were able to accomplish this without any of the downtime that a more traditional migration would have caused.

Q: How long did this migration ultimately take?

A: From start to finish, the entire decommissioning process took about five years.  This includes the time to develop the strategic plan, conduct multiple RFPs for commercial-off-the-shelf products, procurement, implementation, and training. The final stage of the project involved the migration of the CAD system. After a failed attempt to convert the CISC/COBOL code to Windows .NET, which took almost two years, we successfully moved the entire system with the help of Micro Focus in 10 months.

Q: Was it a smooth transition? What are the short-term/long-term benefits that the city is seeing thanks to the migration?

A: Yes, the transition was smooth. We had our typical obstacles to overcome, but all in all, the CAD migration went very well.  We learned a great deal from the failed attempt to convert the code, and our relationship with Micro Focus helped push us over the top.  As for benefits, the migration is saving the City $120,000 per year in licensing and maintenance costs, which is tremendous. Added to this, we were able to eliminate two full-time mainframe-related positions saving the City $210,000 annually in personnel costs. More importantly, though, the migration has ended the risk of a system crash and allowed us to maintain our 99.99 percent fault resilience, which helps ensure the safety of our citizens. As Assistant Manager and CIO of Inglewood, I feel I can speak for all the City’s leaders when I say that public safety will always remain our number one concern.  This is why we embarked on the migration in the first place.