2012: The Year of the Social Media Election

By Archie Roboostoff, director of the Borland Portfolio, Micro Focus

The 2012 presidential election brings an enormous amount of uncertainty: Who should I vote for? What are the primary issues that concern me? Which sweater vest will Rick Santorum wear next?

Yes, those questions are definitely hot topics in the race for the White House, but an additional election issue in this marathon – from a media perspective – is the extreme amount of social media buzz being generated this campaign season. Never before have we seen a political race propelled to the forefront of our daily lives by such a vast amount of social recognition, especially so early on in the season.

Looking at media coverage stemming from the Iowa Caucus and New Hampshire Primary, it’s apparent that major news outlets are leading the way in this socially-charged race to the White House and that citizens are looking to these web applications as their primary source to voice opinions and gather real-time electoral updates. For example: 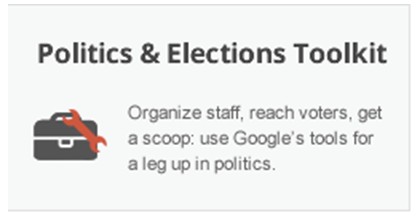 It’s obvious that 2012 is set to be the year of the ‘Social Media Election,’ As the pursuit for the Republican presidential nomination heats up, what would happen if the extreme influx of website traffic pursuing ‘campaign promises’ crashed cnn.com/election/2012 or Google.com/elections, causing a severe amount of downtime? Given that online applications have become such a critical resource for educating citizens on real-time political events, there is a real danger if and when these sites experience outages.

Whether you’re touting an application related to the election or not, conducting regular load testing prior to major events when you’ll likely experience an uptick in traffic is imperative. Monitoring applications ensures that platforms are prepared to handle the onslaught of users and confirms that they’re prepared to handle the weight of the nearly political advocates nationwide. You will reap the benefits: